A fine period home suited to contemporary living with income potential too. It served as a bolthole for movie star Gretchen Moll when filming nearby. 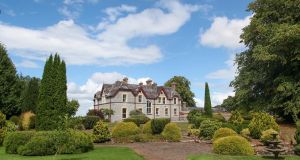 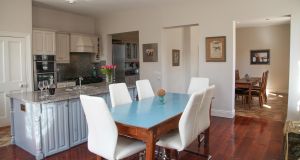 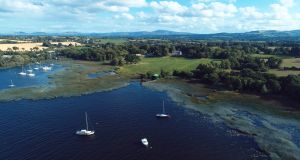 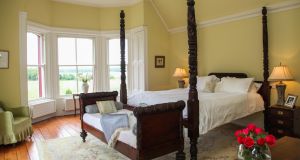 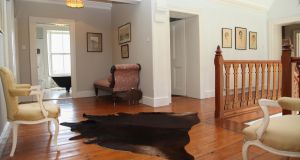 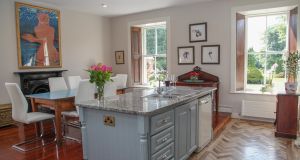 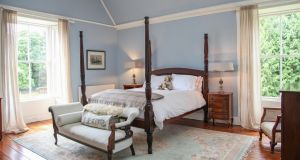 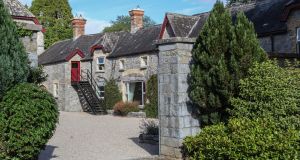 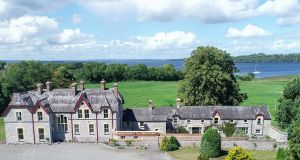 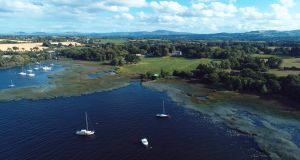 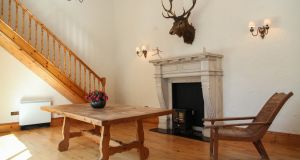 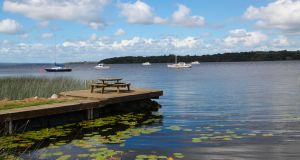 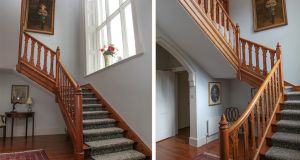 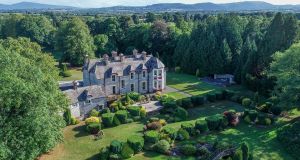 It must have been true love, because Nina and Will de Burgh fell for Kilteelagh House in the depths of winter. “I drove through the rain and the snow, and just fell in love with it there and then,” Nina remembers. “It was the warmth of the house, the crackling fires, the spaciousness, the old world feeling – that’s what I grew up in, it felt like home.” In fact, the California-based de Burghs had already come across the house while holidaying in the Lough Derg area.

“I grew up in Naas,” says Will, who moved to the US in his late teens. “I would always come back, and look at properties, bid on properties. Nina got sick of me, and said, ‘we just want to buy something’. We had great friends who lived in that part of the world, and we’d head along the river to Dromineer. We’d canoe down the river, or head up the lough to Portumna Castle. We’d have so much fun with them, from water sports, to riding, tennis, golfing, it’s all there. We used to water-ski past the house, and wonder who lives there, and never imagine we’d live there ourselves.”

The house itself is pretty special. Built in 1863, it has five reception rooms and eight bedrooms over 1,013sq m (10,904sq ft). There are two converted stable blocks, so there are obvious opportunities to create rental accommodation for fishing parties, who will no doubt relish the private boat house and direct Lough Derg access.

The grounds are also gorgeous. There are 25 acres (10.1ha), which give exceptional privacy. Indeed, the house has served as a bolthole for movie star Gretchen Moll, while she was over to film at the nearby Troy Studios in Limerick. Included on site are two stables, a horse walker and sand arena, a deck, barbecue area, wooded walks and a remarkable Thuja tree.

“It was probably planted in the 1860s,” says Will. It’s one of his favourite features of Kilteelagh, and its many branches, which grow up from the ground, have made a wonderful den, into which the de Burghs have created a door, and hung a chandelier inside.

One of the significant houses of Lough Derg, Kilteelagh was once home to Lough Derg Yacht Club, and also served as the home of the North Tipperary Hounds, when a former owner was master of the local hunt. It’s for sale now through joint agents Sherry FitzGerald Country Homes and Sotheby’s for €2.65 million.

The de Burghs bought the house in 2015 for €1.35 million, and invested in opening up the kitchen, working on the windows, repairing the plumbing and heating, and mending the roof with Killaloe slates. Prior to their purchase, it had been on the market, at the height of the last boom, for €8.5 million, coming down to €2.5 million, and then to the purchase price.

The de Burghs did a lovely job of redecorating, making the house a wonderful period piece that is absolutely suited to contemporary living. A pair of reception rooms in a gentle yellow on the ground floor have a beautiful bay window, and views front to back, taking in peacefully grazing ponies at one aspect, and the expanse of the lake at the other. The family are selling now because their children have decamped around the world, and coming back to Ireland isn’t the regular pilgrimage it once was.

“We hate travelling, and we hate leaving,” says Nina. “So we had to choose where home was. And we want the house to be lived in, and enjoyed.”

Roseanne de Vere Hunt, from Sherry FitzGerald Country Homes, sees a great deal of opportunity in the house. “It’s that combination,” she says. “You have the elegant Victorian residence, and the space for a staff, or fisherman’s, lodge; but the jewel in the crown is the access to the water. There are the large companies relocating to Limerick, and the Troy Film Studios too.”

The combination of the lake and grounds at Kilteelagh House offer an enviable lifestyle for year-round living, or a buyer could happily spend summers here, with the option of making the most of it as a rental property for the rest of the year. Shannon Airport is under an hour away, and Limerick city centre just over half an hour.

“Part of what’s so unique about that house and the region is there’s so much to do,” says Will. “At Kilteelagh, there’s never a dull moment. We have a Rib in the boathouse, we’d take off and have dinner and a pint in Mountshannon, have a picnic on Holy Island.” At a stretch, Will adds, you could swim across the river to the village, though I can’t quite see how you’d manage to get back with a dry copy of the newspaper.