Lots to love at former Dalkey council house with extensive garden for €1.045m 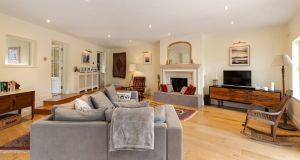 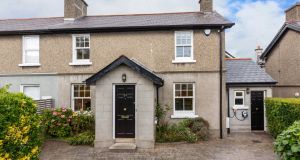 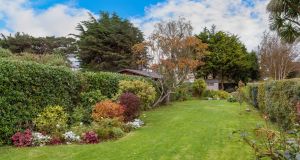 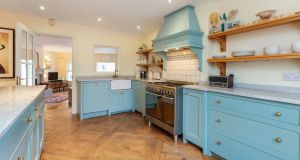 Dating from the 1930s, when it was originally constructed as a council house, number 24 Corrig Road in the south Dublin coastal village of Dalkey is a very deceptive property.

From the exterior you would be forgiven for thinking that this is a modest enough family home with moderate sized rooms. Nothing could be further from the truth. The house has three fine double bedrooms plus a single, and extends to 187sq m (2,013sq ft) over two floors.

An extension and a Norman Pratt conservatory had been added by previous owners, and Mansergh updated the kitchen – which is completed to a lovely design by The Victorian Kitchen Company – and for practical reasons placed the dining room on the opposite side of the hallway.

The solid wood kitchen is hand-painted in a Farrow and Ball shade, which is echoed in the dining room, and also features lovely solid oak parquet flooring.

A small window in the kitchen peeks into the large living room to the rear: “It’s great as you can keep an eye on the kids when you’re cooking, whether they are in the living room or the conservatory,” says Mansergh.

The conservatory in orangery style is a super space – both in terms of light and decor – and has the benefit of opening out on to a raised deck.

A major selling point of the property is the extent of the rear garden, which stretches 150ft in length. “We were told that there was a plan to build a second row of these houses but this never happened, and this is why this side of the road has such large rear gardens,” says Mansergh.

It is currently laid out with some plantings that include a hidden fruit and vegetable plot to the rear, but could – for green-fingered enthusiasts – become something really spectacular given its size and location just five minutes from Dalkey village. It would also happily accommodate a separate home office should new owners wish to have a work space separate from the house.

Mansergh and her young family are moving to an older house in Dún Laoghaire. “We really love the area, with Killiney, Sandycove and Coliemore Harbour all nearby, it was the best place to be in lockdown, but we have been after an older property for a while.”