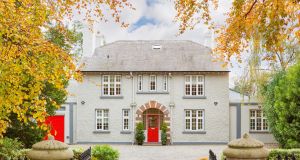 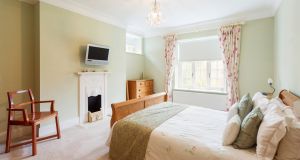 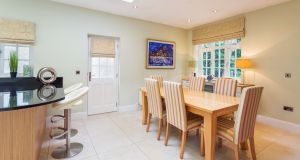 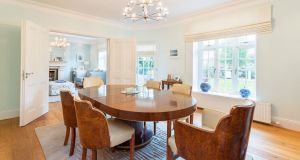 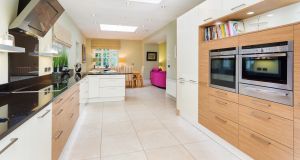 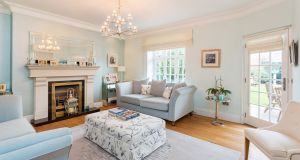 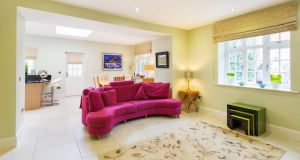 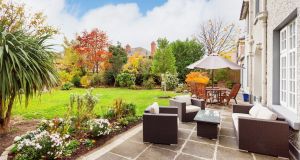 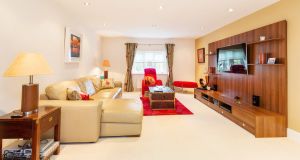 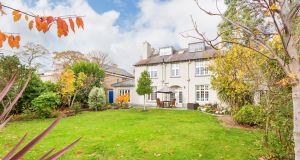 Rear view of the house.

A small limestone bench in the heart of St Stephen’s Green marks the memory of Anna and Thomas Haslam with the inscription “this seat is erected in honour of their long public service chiefly devoted to the enfranchisement of women”.

Anna Haslam is remembered as a feminist pioneer having fought a long campaign from 1866, for equal voting rights for women – which finally came to pass the year she died in 1922.

Her longest campaign, which took 18 years, was that to repeal the Contagious Diseases Act of 1864, which allowed for the regulation of prostitutes in army areas – she felt the Act treated women as a commodity. Her husband, Thomas, also played a role in the formation of an early feminist agenda in Ireland.

They practised complete sexual abstinence a week after their marriage as they decided their financial circumstances did not allow for children, with Thomas working as an accountant and Anna running a stationery shop.

They moved to Dublin in 1858 to 125 Leinster Road where they remained for the next 40 years, but in 1866, Thomas suffered a breakdown and, incapable of work, Anna became the breadwinner. She, along with Anne Jellicoe, established Alexandra College for Higher Education – the first girls’ school in Ireland to prepare women for university type education.

Though the main part of the house where the Haslams lived was knocked and rebuilt just three years after her death in 1925, the old stable entrances still exist, flanking each side of the Edwardian replacement. The house has the distinction of being one of the few detached homes on this most sought-after road in Rathmines.

What is remarkable about the property, which was purchased in 2008 for €2.6 million and needed an abundance of work, is the natural light within. All of the rooms are airy and light filled so much so it feels like a brand new house, despite being almost a century old.

Now in turnkey condition and extending to 327sq m (3,525sq ft), the property is laid out over three floors with five bedrooms and a home office. In addition to superb interconnecting drawing and dining rooms – each of which opens out onto a terrace in the garden, is a spacious living room on the first floor. This could also work as a sixth bedroom; it runs the entire width of the property.

An integrated garage runs alongside the house which incorporates the utility area, adding a further 46sq m (505sq ft) of space to the already substantial house.

The gardens extend to 0.4 of an acre with dining areas, suntraps and mature plantings, and there is off-street parking for at least five cars behind a curved gated entrance. The house is on the market through Sherry FitzGerald with an asking price of €2.6 million.