The long garden is one of the main attractions in Larkvale, a spacious 1920s house 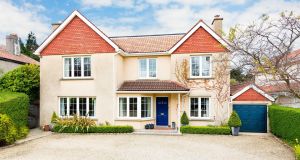 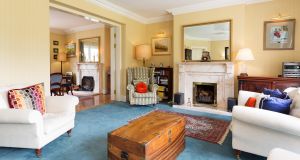 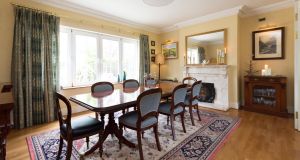 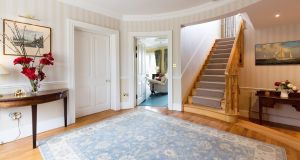 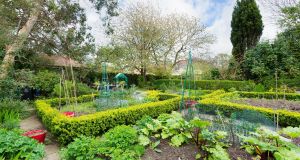 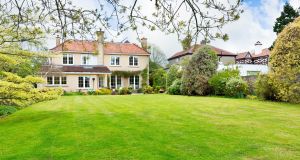 The beautiful, long back garden at Larkvale,

There were 14ft high brambles on the outside of Larkvale, a large detached house on one of Glenageary’s best roads, when its owners bought it in 1985. The house, built in 1922, had been boarded up since the 1960s, and had to be more or less rebuilt from the ground up.

They opened the house up, creating a handsome oak-floored circular entrance hall as well as extending the kitchen. And they developed a beautiful, long garden, with colourful flowerbeds bordering the lawn, divided by a low hedge from a cottage garden at the end where the owners grow herbs and vegetables. Now Larkvale at 27 Marlborough Road is for sale through Sherry FitzGerald for €2.25 million.

The 275sq m (2,960sq ft) five-bed house, about halfway up Marlborough Road from Glenageary Dart station, is set well back from the road behind gates that open into a large, gravelled front garden. The front door opens into the bright circular hall, where an alcove beside a window at the front is the family’s favourite spot for coffee and newspapers in the morning.

The diningroom on the left has a large table, a pinkish/beige marble fireplace and folding doors into a wide drawingroom with a matching fireplace, attractive golden wallpaper and two sets of double doors opening into the back garden. Both are oak-floored.

Two steps at the end of the hall lead past a utility-cum-shower room to the spacious cork-floored kitchen/breakfast/family room. It’s a bright if somewhat dated space – revamped in 1990 – with Velux windows over the kitchen, which has cherrywood units. A cosy family space has a wood-burning stove, and there’s a good-sized dining area and French doors into the garden.

Polished beech stairs lead to the family bathroom on the return, then to the top floors where there are five bedrooms, all with built-in wardrobes. The main bedroom has a part-tiled ensuite shower room.

The garden is one of the chief attractions of Larkvale. A large stone patio opens onto a long lawn with silver birch, a wedding cake tree, tulips, roses and sweet pea. The cottage garden is extensive, with four large planting areas. There is room to park several cars in the front, and a garage at the side of the house.

Marlborough Road is a quiet L-shaped road which connects Adelaide Road to Station Road in Glenageary, with the Glenageary Dart station at the end, just a few minutes’ walk from number 27.

Property Clinic: I'd like to buy an apartment but my parents are pushing me towards a house instead

Do Irish people hate babies? Our irritation with them is embedded in our culture
7