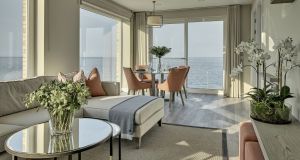 Marina Village offers a range of homes from one-bed apartments at €405,000 to five-bed detached houses for €1.15m 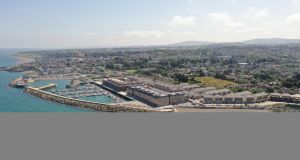 An aerial view of the Marina Village scheme in Greystones 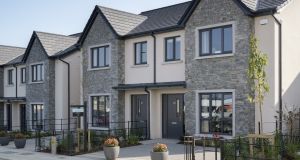 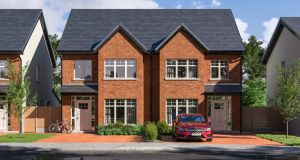 The Wood Group’s Churchlands scheme in Delgany will comprise 74 three and four-bed houses. 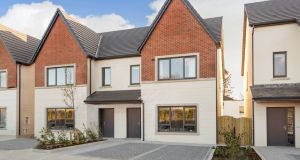 Prices at D|Res Properties’ Eastmount scheme in Delgany will start from €485,000 for three-bed houses 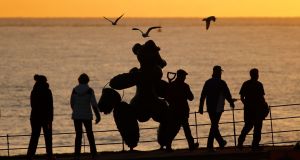 Greystones, where much of the new homes activity in Co Wicklow has been focused, remains the most popular part of the county’s coastal offerings with about 250-300 properties being sold here annually for the past three years.

While it takes between 40 minutes and an hour to reach Dublin city centre by car depending on the time of day and the traffic, or 50 minutes by Dart, Greystones is increasingly considered to be a suburb of the capital. Yet it still feels wonderfully removed from the hustle and bustle of Dublin thanks to its strong ecosystem of schools and recreational and sporting amenities. It offers families a real sense of community.

Some weeks later, Glenveagh will launch sizeable four to five-bedroom semi-detached and detached houses with semis of 228sq m (2,454sq ft) starting from €990,000. Prices for a detached house with the same number of bedrooms and 225sq m (2,422sq ft) will start from €1.15 million.

If you’re feeling at all romantic given the day that’s in it tomorrow, then The Valentine at SeaGreen, on Chapel Road in Blacklion, just outside the town is a four-bedroom house of 152sq m (1, 636sq ft) by the Wood Group that is asking from €550,000.

Greystones’ nearest neighbour, Delgany, is another north Wicklow enclave which is fast becoming one of Dublin’s most-popular adopted “suburbs”. Situated less than 3km inland, it’s a place that offers good food and a village vibe

When complete, the neighbouring Churchlands development by local builders, the Wood Group, will comprise 74 new homes. Sixty of these are three-bedroom and a large proportion will have attic styles that can be converted should you find you need extra room. Launching after Easter, the prices for these homes have yet to be confirmed.

Ashcroft is a small boutique development of just eight houses on Chapel Road by Earlsfort Homes that will offer three, four and five-bedroom units. At Delgany Close, three-bedroom homes from terraced to detached and ranging in size from 103sq m (1,109sq ft) to 117sq m (1,259sq ft) are expected to start from the mid €400,000s upwards, says SherryFitzGerald’s New Homes director Colm Byrne.

Lowdown: Greystones/Delgany
Distance to Dublin city centre: 31kilometres Connectivity: The Dart offers a really scenic commute. It takes an hour to reach Pearse/Westland Row and just under over the hour to journey to Connolly Station. While you can drive to Dublin city centre in 40 minutes during off peak via the N11, it will take well over an hour in rush hour traffic.The 84x is a Monday-to-Friday Dublin Bus service aimed at commuters that has you in Eden Quay from Greystones train station in 50 minutes.
Population: Municipal area (including Delgany) is 26,323