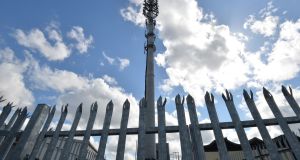 ‘The Housing Fix’ is an Irish Times series exploring solutions to Ireland’s housing crisis – arguably the biggest social and economic issue facing the country and its next government – in the run-up to the general election.

After decades of the capital oozing out into the countryside, Dublin City Council is finally concentrating on building within the city boundaries. An anti-sprawl principle has been policy for some time, but it hasn’t always been followed, particularly during the Celtic Tiger years.

Even after the crash, densities were allowed to slide, with Dublin City Council in 2014 almost halving the number of homes developers were required to provide on two major landbanks: Clongriffin in the north fringe of the city and Pelletstown, along the Royal Canal less than 6km from the city centre.

Now, the council is getting serious about density.It has assessed 82 industrial zoned sites across the city to determine their suitability for housing. It has determined that about 35 per cent of sites zoned for employment/enterprise should be retained for their “economically strategic nature” or future job potential, including Dublin port and the Diageo/Guinness lands, but the remaining land could be rezoned to facilitate housing.

It has selected an initial 20 small and medium-sized sites, totalling 55 hectares, which it plans to change from industrial zoning to residential or mixed-use zoning. Public consultation on the proposed rezoning of these sites ran until January 22nd, and the new zonings are due to be approved by city councillors in March.

For most of the 20, industrial zoning is obsolete, and doesn’t reflect the current use of the land, or the surrounding lands, says city planner John O’Hara. “A lot of these are industrial areas dating back to the 19th century, old mill sites for example, and housing has been built up around them.” Several sites are vacant with some contributing to “dereliction and urban blight”.

There are some, however, that are providing productive employment, and these will be given a mixed zoning, O’Hara says.

The rezoning of any site does not mean any existing business has to shut up shop, he stresses. “Rezoning doesn’t affect the existing use; it just tells the market that it is now acceptable to have mixed-use or residential development there.”

The 20 sites are spread across the city, with a concentration in the southwest and northeast. Lands include: the Mornington Business Park, a one-hectare site off the Malahide Road in Artane that is bounded on all sides by residential development; a vacant site, just 0.16 of a hectare, on Ballyfermot Road Lower, previously a coal yard; and a site on Esmond Avenue, Fairview (0.2 of a hectare), which is used as a builder’s yard but could be suitable for housing.

Four land banks on either side of Old Kilmainham Road near St James’s Hospital, totalling 2.8 hectares, are zoned industrial but already have some homes on them alongside commercial premises.

While the redevelopment of these 20 sites is likely to create a local uplift and increase in density, providing some 3,000 homes between them, the bigger prize is the city’s large-scale industrial estates.

The council has identified four industrial estates, totalling more than 270 hectares that between them have the potential to provide more than 25,000 new homes.

They are the Dublin Industrial Estate of 45.5 hectares opposite Glasnevin cemetery; Jamestown Business Park and Finglas Business Centre (43.11 hectares), just south of the M50 in Finglas; and industrial lands near Belmayne and Oscar Traynor Road, including the Malahide Road Industrial Park and Newtown Industrial Estate totalling 43.16 hectares. To the southwest of the city, lands around Kylemore Road, Park West Road and the Inchicore railway works are larger than the three other sites put together at 140.22 hectares.

The rezoning of these sites will be a longer process, O’Hara says, with extensive plans required for each landbank. “The scale of planning required is massive. There’ll be requirements for new schools, public transport, in some cases Luas extensions, the undergrounding of pylons, etc. We have to explore the appropriate mechanisms for delivery of these huge tranches of land, whether it is through a strategic development zone, as in the docklands, a local area plan, or another type of master plan.”

On these larger sites, he says, it is particularly important employment uses are retained and integrated into the new residential developments.

However, he says each parcel of land will have different requirements. “Density is an essential part of this but it has to be quality density. We want to cater for families, for younger people, for the increasing cohort of older people. Largely we can achieve this in five to six storeys. There will be scope for some taller buildings, perhaps beside the canal, but random height does not necessarily achieve quality density. We want liveable, attractive streets, rather than random buildings.”

Core blimey: How a 62-year-old man planked for eight hours
3

Irish in Italy on coronavirus: ‘The city is in a bit of panic – the streets are empty’
Real news has value SUBSCRIBE