Neighbours win out in battle over Bartra’s Dalkey development 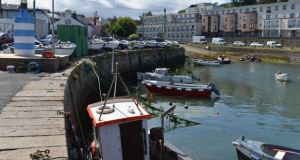 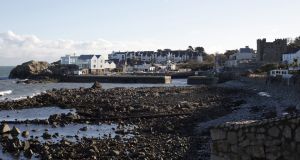 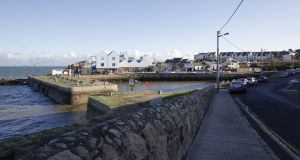 It looks like it’s a case of back to the drawing board for Richard Barrett’s Bartra Capital and its plans for development at Bulloch Harbour, in the south Co Dublin village of Dalkey.

After fighting a near three-year war of attrition to secure planning permission for a scheme comprising two apartments, three houses, a marine leisure centre and cafe, the developer has been dealt a fairly mighty blow by Bulloch Harbour Preservation Association.

Members and supporters of the group learned last weekend that An Bord Pleanála had written to the association’s legal representatives, FP Logue Solicitors, to concede the judicial review they had brought against its approval of the Bartra scheme.

While the association says on its website that it is awaits further correspondence regarding the detail of the decision, solicitor Fred Logue confirmed that An Bord Pleanála said it would consent to the High Court’s quashing of the planning permission awarded in June of last year.

Welcoming the news, the chairwoman of Bulloch Harbour Preservation Association, Susan McDonnell, said: “This is great news for the community of users and residents of Bulloch Harbour. The proposed development was entirely unsuitable for this site in multiple regards. We are so grateful to our supporters from Dalkey and beyond who have made this outcome possible. And we await with interest the further correspondence from An Bord Pleanála.”

Bartra has faced sustained opposition from local residents since 2017 to its plans for the site, which is immediately adjacent to the harbour and occupied currently by commercial buildings. The site was subject to two unsuccessful planning applications to Dún Laoghaire-Rathdown County Council, before the developer successfully appealed the second rejection of its plans to An Bord Pleanála in 2018.

When the board granted permission for the proposed development last June, Bulloch Harbour Preservation Association took its fight to the High Court, with an application for a judicial review of the decision.

In bringing the application, counsel for Bulloch Harbour Preservation Association, John Kenny BL, told the High Court in a hearing last October that the decision was flawed on a number of grounds and should be set aside.

Mr Kenny said the action was being brought on grounds including that an environmental impact assessment had not been carried out by the board before it decided to grant permission.

He said the board also did not take into account evidence submitted by the group concerning potential flooding at the site, adding that a report that had been submitted previously as part of the planning process in regards to flooding at the site was “hopelessly inadequate” and “demonstrably incorrect by a factor of nearly 1,000”.

The association had been provided with expert evidence, he said, which showed the site could be flooded with “enough water to fill 2½ Olympic-sized swimming pools”.