Market stirs as buyers mobilise ahead of help-to-buy deadline 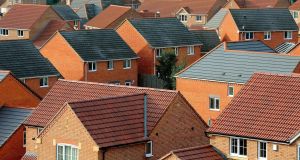 “More institutional investors are coming into the market and looking at it.” Photograph: Rui Vieira/PA Wire 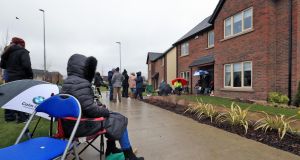 The spring selling season has kicked off to a surprisingly punchy start. “Even since Christmas we have seen a huge volume of calls, many of which are first-time buyers,” says David Lawlor of Hooke & MacDonald. “It looks like 2019 is shaping up to be an extremely busy year.”

In property the impetus is the fact that the Government’s help-to-buy scheme is due to close at the end of this year.

The scheme offers first-time buyers a tax rebate of up to €20,000 to go towards a mortgage deposit.

“Decisions are made over Christmas. People get engaged, or are home for the holidays. We always see a flurry as a result. This year there’s a bigger flurry,” says Gemma Lanigan of DNG New Homes.

Some of it is pent-up demand from last year. Many lenders used up their quota of mortgage exceptions early. These allow buyers to borrow more than the regulated 80 per cent of the cost of their home, or 90 per cent in the case of first-time buyers.

“A lot of buyers were relying on mortgage exceptions, so that was one factor,” says Lanigan.

Brexit may have had a dampening effect, too. “It’s on people’s minds. We’re made to feel Armageddon is coming.”

The first-time buyer is a particularly hardy sort, however. “These guys are either in the inflated rental market, or at home with mum and dad. Either way they are very keen to get out and buy. Nine out of 10 people in Dublin are paying more for rent than they would be for a mortgage right now, so that’s driving a lot of interest in the new homes market,” she says.

Among the new homes DNG is handling is Castlefield Hall, a mix of 20 units in Clonsilla, Dublin 15; and Ballycullen Green and Dodderbrook, schemes of 15 and 25 houses respectively located on the Old Court Road in Ballycullen, Dublin 24, with four-bedroom semi-detached houses there starting from €465,000.

While interest is greatest on either side of the M50, first-time buyers are moving farther afield too, to commuter towns such as Naas. Castle Farm, a 25-house development of two-, three- and four-bed houses, will come on the market in spring, with three-bed semi-detached homes from €335,000.

The loss of the help-to-buy scheme would be a blow. “It’s a very big help for buyers and the impact would be serious if it were gone. It would typically take people two years to save their deposit,” says Lanigan.

Of the 1,600 individual house sales Sherry FitzGerald’s new homes department handled last year, 80 per cent were under €500,000. “So potentially 80 per cent of what we see qualifies for help-to-buy,” says Ivan Gaine, head of the department.

“The fact that it is due to expire at the end of this year is potentially a big catalyst for sales this year, but there is a requirement to extend it. It has really been working but three years is too short.”

Among the developments Sherry FitzGerald is bringing to market this spring is Meadowbank, in Swords, a new phase of three- and four-bed homes at the ongoing Millers Glen development. The final houses in Beltree, where to date more than 280 houses have sold will also come on stream as will a selection of terraced and semi-detached three-bed houses at Citywest Village in Dublin 24.

While the volume of building has increased, the supply-demand gap is growing, not narrowing.

Says Gaine: “People talk about build numbers but forget that half of those are self-builds, so the opportunity to buy is only half what the growth numbers are. On top of that, people hear about schemes where hundreds of houses are due and think: great. But these are multi-year projects, with homes released in phases that can speed up and slow down.”

While 2018 was a good year for new home sales, there was little price inflation, according to David Browne, head of new homes at Savills Ireland.

Savills is handling sales for the next phase at Clay Farm in Leopardstown, Dublin 18, where four-bed terraced houses are priced from €585,000. All the apartments at the development were sold to institutional landlords, however, which will have disappointed those waiting to secure one on the open market.

It’s a trend that is gathering momentum. “Certainly more institutional investors are coming into the market and looking at it,” says David Lawlor of Hooke & MacDonald. By contrast, individual investor numbers are very small, as low as 5 per cent of buyers, “mainly because the regulations imposed by Government have scared off so many of them”, he says.

Trading up and down

For trader-uppers, spring brings launches that include the remaining four- and five-bed houses at Fairways Cualanor on the Upper Glenageary Road in Dún Laoghaire, with prices of €795,000-€885,000.

Trader-downers, who are less prevalent, will have new options including one-, two- and three-bed apartments at Eustace Court in Cualanor, €365,000-€550,000, and Clonbern in Castleknock, Dublin 15, where two-bed apartments cost from €410,000.

“There are a lot of people with homes in the €1 million-€2 million bracket, whose family are reared and who would like to trade down to a two- or three-bed apartment. What stops them is that most don’t want to leave their area,” says David Lawlor of Hooke & MacDonald. “We need a lot more apartments and the lifting of height restrictions at the end of last year should help.”