Make a move to Raheny and discover 1,000 types of tree

Between Clontarf and Kilbarrack, Raheny has a superb park, arboretum and market 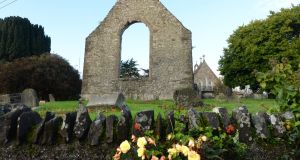 Living by the sea is a dream for many; while Raheny’s house prices have climbed in the past decade, they’re not as forbidding as other beachside areas in Dublin. Located between Clontarf and Kilbarrack, Raheny boasts no end of Northside charm. Dollymount Strand (often claimed by Clontarf residents, but also directly accessed from Raheny) and Bull Island aren’t the only picturesque draws. St Anne’s Park, with its urban farm and food stalls is a local treasure, while parkland around the Santry river and Edenmore means that Raheny has more green spaces than most villages close to the city centre. Its local library also has an outdoor summer reading area.

“There’s a great walk through the arboretum in St Anne’s Park, ending in the walled garden with the views of the ivy covered clock tower and the almost secret Chinese garden,” explains Elaine Staveley, a member of Raheny’s very active Tidy Village Group. “The Arboretum within the park is planted with over 1,000 types of trees. The Raheny Way is a project developed by The Raheny Tidy Village Group, aimed at developing walking routes within the area.”

Raheny runs the risk of becoming a victim of its own popularity. Locals have protested over a proposed building development near St Anne’s Park (more than 530 homes have been planned for an area near there).

“The village is always improving but there is definitely a market for more cafes, especially out the Howth Road towards Sutton,” explains architect-turned-writer Susan Leahy. “A proper newsagent would be a bonus, as would a good deli.

“There are great sports clubs but we are losing facilities too now for apartment building, particularly the great garden centre that was at Blackbanks.”

The Bettyglen estate near the sea is popular, and this nicely maintained two-bed terraced house at 17 The Court has uninterrupted views of Bull Island (€375,000, via Flynn & Associates). In the market for a bigger family home? 49 St Assam’s Avenue has five bedrooms, almost 165 squared metres of living space and a decent sized back garden (€625,000, via DNG Raheny).

10 St Anne’s Terrace, on the lip of St Anne’s Park, is a three-bed, two-bathroom home that’s pretty much ready to walk into, with plenty of bells and whistles (€595,000, via Quillsen).

100 Grange Park Crescent (€365,000, via Herman White), not far from Kilbarrack DART, is a three-bedroom semi-detached at an attractive price point for first-time buyers.

Three-bedroom houses and two-bedroom apartments are popular listings. A high-spec house with three bedrooms can cost anything from €2,800 to €3,300 to rent (although houses of this size have been spotted in more mature developments for €2,400. Expect to pay about €2,000-€2,200 for a two-bedroom house or apartment.

Olive’s Room (within St Anne’s Park), creates salads and sandwiches with their own allotment-grown produce. Mint Cottage (2A Main Street) is a fantastic Pakistani restaurant. At Bull Wall, Happy Out is a new café with a view. Says Orla Brennan, a Raheny resident of 25 years: “We’re not stuck for restaurants or bars. My favourite is the newly refurbished Suas Restaurant, upstairs in The Watermill Bar (411 Howth Road). There is also the Raheny Inn (7A Main Street), McHugh’s (59 St. Assam’s Park), Mulinos (23 Watermill Road), Perkulicious (27 Main Street), River Cafe (Howth Road), Kennedys cafe (Belmont Park) and our latest addition, Healthy Bowls cafe, beside our very own Boulangerie, Bread Naturally (both on Main Street).”

The Dart will get you into Tara Street station in about 20 minutes. A car journey will take about the same if traffic is on your side. Dublin Bus routes that serve the area include the 29A/N, 31/A/B/N and 32.

“Raheny is an absolutely brilliant place to live. We moved here last year and have completely fallen in love with it. A pretty, slightly old-fashioned village, with lots going on and a great community. The amazing St Anne’s Park is a community in itself. Highlights there are the Saturday morning market, Olive’s Room cafe at the Red Stables, the rose garden, the playground, the city farm, and the hidden forest trails.” – Anne-Louise Foley, working in communications

Do you live in Skerries? If so, please tell us what it’s like to live there. Do you have a favourite place or a pet peeve in the neighbourhood? Email: homeanddesign@irishtimes.com