Make a move to Kimmage: A leafy city suburb that won’t keep up at night 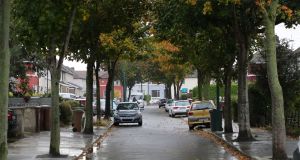 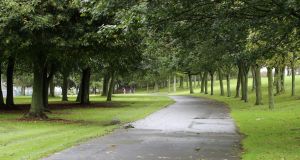 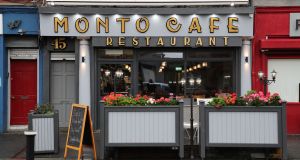 What’s so good about Kimmage?

Split between Dublin 6W and Dublin 12, Kimmage boasts an intriguing history. In the 1950s, the area had its own cinema, the Sundrive Cinema (or Apollo), as well as a popular soda fountain. Brendan Behan was a native, and famously coined the phrase “To hell or to Kimmage” after the family moved there from a city-centre tenement. And, on the site of the Sundrive Shopping Centre, Irish nationalist Joseph Plunkett and his brother manufactured bombs, pikes and other weapons for the 1916 Rising.

Kimmage has long had a settled population and a strong sense of tradition, but in more recent times it has become a smart location for first-time buyers who want solid, ex-corporation homes with substantial gardens at a reasonable price. While the Sundrive centre has everything you could really need, it’s also perfect for those who want to be close to the more buzzy Rathmines, Terenure or Harold’s Cross.

Well, the fact that you may need to go to the more buzzy Rathmines, Terenure or Harold’s Cross more often than you might like. The centre of Kimmage has plenty in the way of shops and services (think chemists, hairdressers, takeaways and jewellers) but residents are crying out for more neighbourhood hangouts, restaurants and cafes.

The property on offer is a mixed bag, from pricey period homes with all the trimmings to two-bed redbrick terraces. About half of the houses in Kimmage were built between 1919 and 1960 and 23 per cent were built before 1919. Only 3 per cent of the housing stock has been built since 2000.

Pickles Deli on Sundrive Road is a bit of a local institution, and is run by chefs trained at the Ballymaloe Cookery School. The Hungry Duck (189 Kimmage Road West) can be found where Kimmage meets Crumlin and is your best brunch bet. Rea’s Bistro (Sundrive Shopping Centre), Matt the Rashers (29 Sundrive Road) and the Monto Cafe (45 Sundrive Road) are also popular local casual eateries.

If you fancy a sup, the Stone Boat (35-37 Sundrive Park), named for the feature that separated the Poddle river from the city watercourse, is the best-known pub in the area. Elsewhere, the Four Provinces (Ravensdale Drive) opened earlier this year, thanks to local brewery The Four Provinces.

For a long time, Kimmage was a mature neighbourhood made up of born-and-bred locals but, like most other places, has seen an influx of newcomers. Recent MyHome.ie research shows that the spread is broad: 23 per cent of Kimmage residents are couples with children, 18 per cent live with a partner and 35 per cent are lone dwellers. Thirty-two per cent of them fall within the 16-34 age bracket, yet 19 per cent of Kimmage locals are aged between 50 and 64 (above the national average of 16 per cent), while 13 per cent are aged 65 and over.

You’ll not be left wanting if you’re after green spaces or sports grounds: Mount Argus Park is heavenly, as are Sundrive Park, Bushy Park and Eamonn Ceannt Park. and Lorcan O’Toole Park is located at Stannaway Road, while the Old County pitch and putt club next to it is a great place to while away some hours.

“I bought a two-up, two-down a couple of years ago below the €300,000 mark and I’m glad I did,” says James Cregg, a systems administrator. “The neighbours are lovely and quiet and there’s a lovely pace of life around here, for me at least. The cycle track all the way into town makes my commute a lot easier. I tell everyone that’s wanting to buy that there’s still great value here to be had.”

Do you live in Cabra? If so, Make a Move would like to hear from you about what it is like to live there, the good and the not so good. Email homeanddesign@irishtimes.com