Dublin’s biggest and priciest mews on Ailesbury Road for €2.5m

Mulcaire, in good but dated condition with an extremely well-maintained garden, offers a blank canvas at a great address 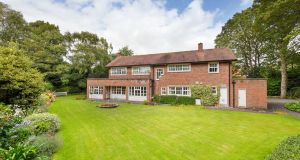 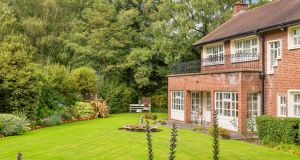 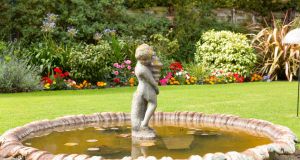 Mews houses don’t normally come as big as Mulcaire - but that’s how this 205sq m (2,207sq ft) four-bed near the corner of Ailesbury Road and Shrewsbury Road is described by agent Sherry FitzGerald.

Built around 1960 by the owners of a grand Shrewsbury house on a 0.4-acre slice of its very large garden, the detached house at 40A Ailesbury Road is now for sale for €2.5 million.

Mulcaire is in good but dated condition and agent Simon Ensor suggests new owners will either massively revamp it or knock it and build again – subject of course to planning permission. He’s also certain it will not be a development site – both planners and neighbours would object.

Mulcaire was built on a triangular site, and is unusual, says Ensor, for being one of the smallest houses on Ailesbury with possibly the longest frontage, at 190ft.

The garden has been extremely well-maintained: a smooth green lawn is bordered by a rich array of flowers, with very tall, very mature trees that include sycamore, pine and oak sheltering the property, particularly at the front. It has an unusual but pretty semi-circular patch of ground ivy at the edge of the lawn.

The house, wider than it is deep, was built to maximise the view of the garden, with all the main reception rooms garden facing at the back of the house, and with small doors opening out.

Although dated, Mulcaire has been well maintained. Double front doors with large stained-glass panels open into a long narrow hall on the right. The drawing room at the end runs from the front to the back of the house, has a dark pine timber floor and a small door at the side of a box bay window opening onto the back garden. There’s a study next to it off the hall and then a dining room with another box bay window and door opening into the garden.

The kitchen is very 1960s, with white units; there’s a large utility room off it, next to a blocked-up garage, now used for storage. Upstairs there are four bedrooms, three doubles and a single off the landing as well as the family bathroom and a separate shower room.

Mulcaire is around the corner from Shrewsbury Road, which along with Ailesbury, is one of Dublin’s poshest addresses, and where builders are currently revamping a number of large homes.

From the manicured garden of Mulcaire, you can see the tall cranes busy at work on Walford, the house that sold for €58 million at the height of the boom, and bought for €14.25 million in 2016. Planning permission to demolish the 554sq m (5,963sq ft) Edwardian and build a 1,595sq m (17,168sq ft) mansion on the site was given to Dermot Desmond family trust Celtic Trustees in 2018.