Moody blues and stripped-back style in Drumcondra for €650k 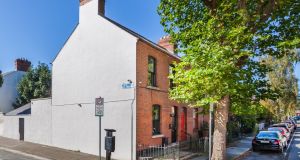 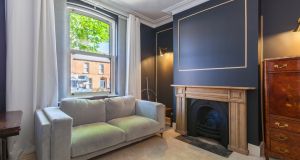 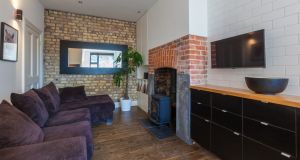 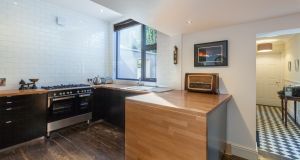 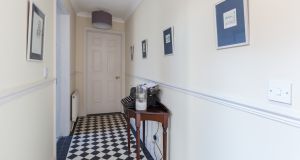 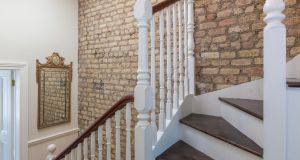 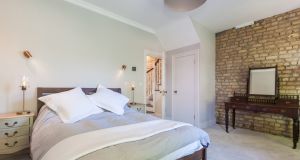 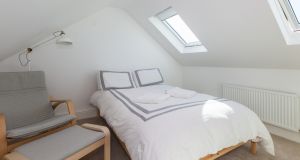 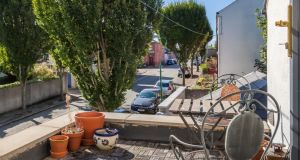 While the footprint remains the same – a single-storey extension to the rear of almost 21sq m was added in 2005 – the overall look and feel is light years from the dank photos in the 2015 brochure.

Built in 1893, the Victorian house now has a C1 Ber rating – impressive for a property with open fireplaces. Every original floorboard was removed and a damp-proof membrane laid, with the usable original boards relaid in the hall and livingroom, all under the watchful eye of architect Terence Woods.

The hall has a charming arch and while it was painted a deep shade of warm black called Railings by Farrow & Ball, agent Eoin O’Toole of Lisney suggested the owner dial down the darkness, and it has been repainted in Wimborne White, a warm shade that gives a good sense of space and works well with the exposed yellow brick wall that runs all the way up the stairs. Dark colours may be trending, but not everyone is ready for it as a first impression.

The front room, a formal sittingroom, is painted the same intense shade, but here it resembles an inky blue night sky. Decorative beading work creates a panelling effect and a waxed timber mantelpiece frames the fireplace. The uPVC windows to the front are black outside and white inside.

The original layout has been subtly adjusted. What was the diningroom has been brought into the rear kitchen area, rendering the second door in the hall redundant. The kitchen space is long and washed in light by a large window that gets eastern and southern light.

An L-shaped sofa has been fitted into the area around the stove where the redbrick has been relimed and pointed, and reflects the L shape of the kitchen, which has timber counters and black Ikea units. Flat metro-style tiles line the wall and a Kenwood five-burner stove takes pride of place.

The rooms at entrance level have impressive 2.8m ceiling heights. To the rear there is a sizeable windowed shower room and downstairs bedroom that could have income potential as a rent-a-room with separate back door access.

There is a smart shower room on the hall return with sanitaryware by Burlington and tiling by The Stone Room.

On the first floor there are two bedrooms: a sizeable main to the front spanning the width of the house and a second, smaller double with a door that opens out to a roof terrace.

There is also an attic room, a lovely bright space lit by two rooflights. Subject to planning, a dormer window could go in here.

The 2005 extension occupies most of the original south-facing garden, but it accommodates off-street parking to the rear for one car. Number 82 Hollybank Road is on the market for €650,000 with Lisney.