Make a move to Artane, stay for generations 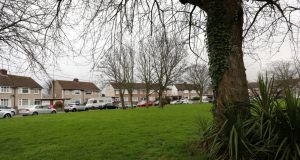 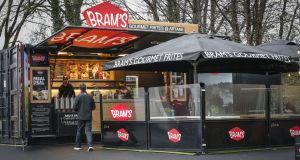 This pocket of north Dublin boasts many a famous native, among them actor Brendan Gleeson, singer Brian McFadden and U2’s Larry Mullen Jr (a former member of the Artane boys’ band) but there’s much more to the area than some well-known locals. A settled and mature residential area, Artane boasts the double whammy of established amenities and quietude. Plenty of schools, restaurants and shops (especially Artane Castle Shopping Centre) make up the area. A Penneys, Tesco and Lifestyle Sports on the doorstep are a great convenience for locals. The Dublin 5 enclave is close to Swords, Dublin Airport, Beaumont Hospital and the city centre. Dollymount, the Hole In The Wall Beach and Portmarnock are also accessible. Dart stations at Killester and Harmonstown are another bonus. Locals are also proud of their landmark, the neo-classical Casino – a prime slice of local history.

Artane does have its own Family Recreation Centre, but some locals would like to see an outdoor playground in the local area, without having to resort to visiting similar facilities in nearby Donnycarney or Edenmore.

Well-constructed and nicely proportioned homes are in abundance. Houses, especially in estates like Brookwood and Elm Whitethorn, are in constant demand and sell fast.

No 26 Whitethorn Rise (€390,000, via Gallagher Quigley) is a light and airy three-bed semi-detached close to Artane Castle Shopping Centre.

No 37 Maryfield Drive is a good-sized three-bed terraced house (€335,000, via Delaney Estates) ripe for modernisation.

No 1 Hazelwood Court boasts four bedrooms, two bathrooms and a sunroom at a family-friendly price point (€375,000, via DNG Raheny).

The four-bed, three-bath 32 Brookville Park, meanwhile (€550,000 via Sherry Fitzgerald Killester) has been refurbished and extended to a whopping 190sq m of living space.

As a settled and mature area, rentals are not as bountiful as they are in some suburban spots. Three-bedroom houses are in and around the €2,100-€2,500 monthly mark, depending on condition, while a two-bedroom property has recently been spotted online at €1,875 a month.

Within the Roundabout pub, Taza Pakistani restaurant (2 Ardcollum Avenue) at the Beaumont end of Artane has been getting rave reviews from locals and restaurant critics. The Goblet (Malahide Road, Artane) in the heart of Artane is also a safe bet for decent pints, casual dining and a live DJ every Saturday night. New Hin Keng Restaurant (25 Malahide Road) is another family-friendly casual dining option.

If you’re looking for a new local, the Horse and Hound (44 Brookwood Rise) is a brilliant neighbourhood hangout. The Ardlea Inn on Maryfield Avenue is another option.

Families of several generations’ standing have long enjoyed this area. It’s thought that families make up about a quarter of the local population. MyHome.ie’s research puts the age breakdown in Artane as follows: 16 per cent are under 16; 23 per cent are in the 16-34 age bracket; 20 per cent are 35-49, 14 per cent fall into the 50-64 age ground, and 27 per cent are aged over 65.

With five swimming pools in the area, and active soccer/GAA clubs on the doorstep, there is plenty to do. The Eccles and Arabian gymnastics clubs are popular with local kids.

“I’ve loved Artane since I was a child when my grandad walked me every morning from his house on Brookwood Drive around the corner to my lovely school, Scoil Neasáin.

I’m now living in the area, and I love that history is repeating itself and my son is cycling the two-minute commute round to Scoil Neasáin. In 2015, when I told a colleague I had bought a house there, she said ‘they’re really solid houses’, which they are. We have lovely high ceilings, and a gated lane at the back of the house which is handy for maintenance work or a shortcut to the shops. We have a fabulous residents’ association in this part of Artane (BRG – Brookwood, Rosemount, Gracefield) who’ve done great work planting flowers, building wooden trains and wishing wells. They’re busy every Monday morning in their Hi-Vis jackets, picking up rubbish.” Ruth Hopkins, teacher

Do you live in Baldoyle, Dublin 13 ? If so, please tell us what it’s like to live there. Do you have a favourite place or a pet peeve in the neighbourhood? Email: homeanddesign@irishtimes.com