Lucan House, the former home of Patrick Sarsfield and of Lord Lucan, has been maintained by six decades of Italian government investment 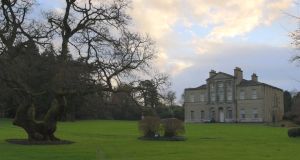 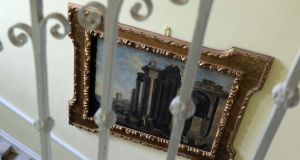 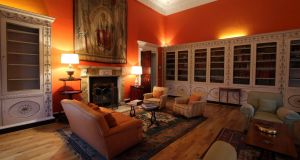 The library of Lucan House, residence of the Italian ambassador to Ireland. Photograph: Nick Bradshaw 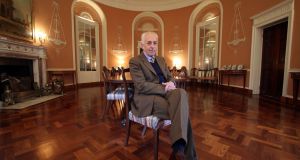 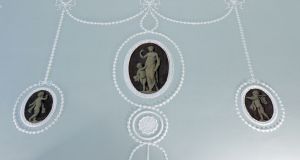 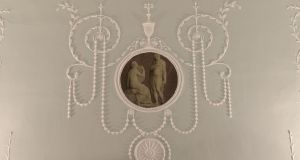 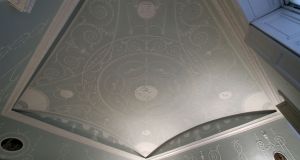 The grounds of Lucan House, nestled between the old Galway road and the River Liffey, reveal the history of the demesne, which dates to 1560. Gen Patrick Sarsfield, the hero of the Siege of Limerick, was born in the original castle on the grounds, and is immortalised in the gardens by a memorial designed by James Wyatt.

Sarsfield was granted the title Lord Lucan by James II as a reward for his valour at Limerick. The title, of the second creation, was recently passed to George Bingham, who had applied for his father, Lord Lucan, to be declared dead under the Presumption of Death Act 2014, to allow him to inherit the title of the eighth earl. His father disappeared in 1974 after the murder of his children’s nanny, Sandra Rivett.

Lucan House, described as a pure Palladian villa, was built in 1772 by Agmondisham Vesey. Vesey, although not an architect, designed the house in conjunction with William Chambers, who also designed the Casino at Marino.

In 1925, the entire contents of the house were sold at auction. Items included Adams mahogany sideboards and silver, the weight of which is listed on the original catalogue by Bennetts auctioneers. Even pillows, throws and feather bolsters were sold off, so by the time the Italian government purchased Lucan House, it was a shell. One wonders what the fate of this exceptional Georgian house would have been if it had not been purchased and restored by the Italian government. Would it have become, like so many large country houses in Ireland in the 1950s, a derelict ghost on the Irish landscape?

Educated by the Irish Christian Brothers in Rome at Marcantonio Colonna, one of the ambassador’s teachers was Fr Barry, a brother of Peter Barry of the Barry’s Tea family, a former tánaiste and minister for foreign affairs.

“It is a typical Palladian design, with the views of the water” says Braccesi, of the building’s perfect symmetry and mathematical proportions, similar to the villas built along the Brenta river in Italy.

Andrea Palladio (1500- 1580) is considered to be the most influential architect of all time, and his styles and concepts were used in some of Ireland’s most notable buildings, including Castletown House and Russborough. Guardian to all Italian citizens living in Ireland, Braccesi describes how the relationship between the two countries dates back a millennium. “There was a blossoming of civilisation in monasteries, and many Italian towns have patron saints who were Irish. In Lucca, for example, Frediano is a very common name: it comes from St Frediano (after whom the city’s basilica is named), who was the son of the king of Ulster and bishop of Lucca in the sixth century.”

The fact that Joyce and Beckett were fluent Italian speakers (Joyce penned Ulysses while based in Trieste) and Seamus Heaney was the most recent to translate the Divine Comedy into English illustrates our long cultural links.

The first Italians came to Ireland in Norman times, followed by a wave of stuccodores who embellished many Georgian houses in the 18th century. Charles Bianconi gave Ireland its first transportation system, and Guglielmo Marconi the world’s first wireless radio signals. Among the Italians who arrived in the 1950s were some who introduced us to fish and chips, our first fast food.

All the rooms at Lucan House are as they were when the house was completed in 1780, with the exception of a new floor in the library and bathrooms, which the embassy added in the 1950s.

Italian antiques now grace the rooms; there is also a painting of Sarsfield that Braccesi purchased shortly after beginning his term.

After much research an exact match for the original paint in the Wedgwood Room was found when the house was restored. The room was painted blue as Elizabeth Vesey, the wife of Agmondisham, was a founder member of the Bluestockings Society, a women’s literary discussion group. Elizabeth divided her time between London and Lucan. The powder blue emphasises the marvellous stucco work by Michael Stapleton, and trompe l’oeil by Peter de Gree, which has remained in perfect condition after almost 250 years.

The oval room, now the dining room, is said to have been the inspiration for the Oval Office at the White House. “James Hoban [the Irish architect of the White House] was never here, but at the time all architects would have viewed each others’ plans; and the American ambassador, who visited recently, remarked that the dimensions were exactly the same as those of the Oval Office,” says Braccesi.

A sulphur spring was discovered in 1758, and led to the legendary Lucan Spa. “It must have had some benefits,” says Braccesi, “as some of the graves near the church show that some of the former residents of Lucan House lived to 90 years of age.”

The neoclassical gates of Lucan House are opened to the public at the annual Lucan festival, where falconry displays and choral recitals fill the gardens and guests can ramble by the old castle walls, cottages, hermitage and stables.

Historical groups are welcome to visit by appointment, and members of the Georgian Society and Friends of the National Gallery have marvelled at this perfectly preserved Palladian villa.

And in true diplomatic style, Braccesi even serves his guests chocolates produced by Italian company Ferrero.