Gemma Tipton: Creativity needs to be given room to breathe 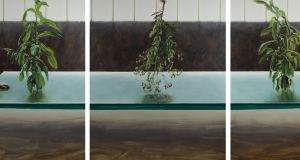 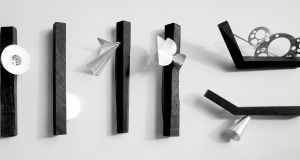 I used to have a fridge magnet, or maybe it was a T-shirt, or was it a poster? I can’t remember the medium any more, but I can definitely remember the message: there was a picture of a woman, pop-art style, clutching her forehead and looking anguished. “Oh no,” read the thought bubble, “I forgot to be creative.”

Being creative, as books such as The Artist’s Way remind us, is good in so many ways. We live longer, get less depressed, and are generally fuller, better, nicer, more intelligent people; not to mention being surrounded by the fruits of our creativity, be they knitted, sketched, written or whittled.

A failure to be creative, however my poster (if that’s what it was) may have put it, isn’t always a simple matter of forgetfulness. If you listen to those who have made the difficult, though, for them, probably inevitable, decision to become craftspeople, artists and makers; the things that come between them and daily creativity go way beyond the well-renowned writer’s block, to embrace matters far more practical and mundane.

The recession bit in to many artists’ careers and so does the lack of studio space, childcare, and the opportunity to travel and meet other artists, or future supporters. Ideas need space and time to become art works. Making needs tools and materials. A wood turner may get stuck for want of a lathe. And that’s where the Golden Fleece Award comes in.

Now in its 16th year, the award has been steadily supporting creativity, to the tune of €20,000 a year. Instead of the prize fund going on glitzy commissions and showcase exhibitions, previous recipients have used it to, quite simply, get work done. Set up as a charitable bequest by Helen Lillias Mitchell, who died in 2000, the annual fund is usually given in one major award of between €12,000 and €15,000, with smaller amounts to runners up.

Mitchell herself, who was born in 1916, was taught in primary school by Elizabeth “Lollie” Yeats, and went on to study painting at the Royal Hibernian Academy School, before winning the RDS Taylor Art Award for sculpture in 1940. She later turned to weaving, and just over 10 years later was invited to set up a weaving department at the National College of Art and Design.

Certainly no stranger to creativity herself, she was also evidently aware of what artists and makers really need in order to flourish. Establishing the award, she wrote: “It has always been my wish that those with talent be encouraged to develop their talents, particularly in Ireland. I am very conscious of the fact that many artists cannot develop their talents because their art does not bring in a steady income for them.” It may seem simple, but it’s a powerful barrier.

So what does money buy, when it comes to space to be creative? In her application to the award, this year’s winner, artist Jennifer Trouton, told the judges how, alongside studio space and materials, what she most needed was the gift of time. “Time to invest in painting. Fifteen months ago,” she wrote, “I became a mother, and since the birth of my son, for financial reasons, I have been working piecemeal from home.”

While childcare was top of Trouton’s list; wood turner, Liam Flynn, who also received an award this year, wanted to have the chance to take risks with his work, to break away from the commissions, and the pressure to necessarily repeat what he knew people already liked. That was also a theme taken up by ceramic artist Sarah Wiegersma, who won the award in 2013. With a major exhibition opportunity in The Netherlands, she wanted the time and space to experiment.

Sometimes, a surfeit of what you might think is a good thing is the problem, and this too is recognised by the panel, which includes relatives of Mitchell. Niece, Lucy Mitchell, remembers a conversation with artist David Eager Maher, who won a Merit Prize in 2015. Eager Maher sells almost all of his painstakingly slow and beautifully intriguing works, and told Lucy that “what he most needed was the freedom to build up his own collection of his work. He couldn’t normally afford to hang onto anything, so the prize money was particularly valuable to him in enabling him NOT to sell some pieces.”

In 2015, overall winner, jeweller Seliena Coyle, transformed her workspace, and was able to travel to take up artist residencies and participate in exhibitions. Previous winners also include stone carver Stuart McGrath, Hilary O’Kelly (to enable research on a history of Cleo boutique), artist Margaret Corcoran, and furniture maker Stevan Hartung.

Celebrating her centenary this year, Mitchell ought to be better remembered, but if you are an artist or craftsperson, the best way to honour her legacy is to apply to the 2017 award, which closes on November 25th (goldenfleeceaward.com). The rest of us should just keep remembering to be creative, when we can.