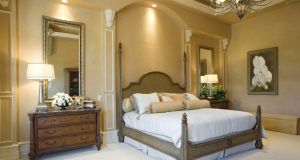 New York estate agency groups are planning to drop the description “master bedroom” from their property descriptions and from conversations with clients and each other, according to a recent report in the New York Times.

It says the push to stop using the term comes in the wake of George Floyd’s death and the resulting Black Lives Matter protests, which has left the real estate industry grappling with “issues of housing discrimination and diversity within its ranks”.

The origins of the term used to describe the biggest bedroom in a house are unclear, but some estate agents said they found the term offensive and inappropriate because it recalled pre-Civil War plantation life. Here, the term is still being used to describe the biggest bedroom in the house, though Irish Times residential property coverage has routinely replaced the term with “main bedroom” for years on the basis of its more sexist connotations.

Estate agency Sherry FitzGerald some years ago looked at phasing out the term, though it has been retained. According to managing director Marian Finnegan, the company keeps a regular check on how rooms are described. “The NYT piece is a timely reminder of how times are changing – since the pandemic for example, the fifth or sixth bedroom has become a home office. A lounge is now passé and more commonly called a living room, and while Shomera is an Irish brand name, it is now often used as a generic term to describe a garden room.”

Dublin hotels offering discounts of up to 50%
6

Buyers have pulled out of a property we were underbidders on, can we avail of their survey before buying?
10

In Ireland, opening doors can be very hard
Real news has value SUBSCRIBE