Supergarden sweeps to the sea in Balbriggan for €745k 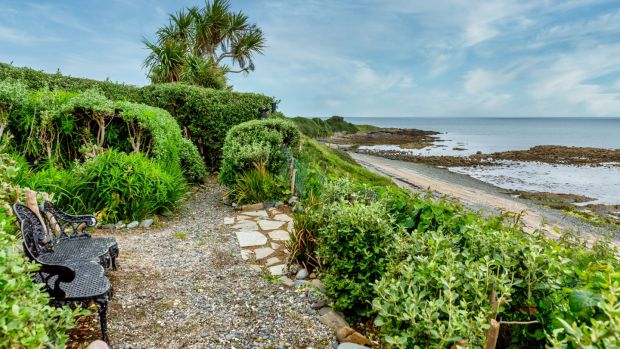 A number of people who place their homes on the market for sale do so because they have been caught by the renovation bug. There is a cohort who enjoy the process of home refurbishment and improvement so much that they can’t wait to move on to a new project each time they have completed the last.

In Balbriggan, Co Dublin, at number 5 Skerries Road, owners John and Anita May have placed their home on the market not because they are ready to tackle another property, but because they have found a garden with a blank canvas to start over again.

John May has been gardening since he was seven years old. After completing a course in horticulture, he found himself being interviewed by the late entrepreneur and businessman Feargal Quinn. From that interview, May spent almost 15 years working as head gardener for Quinn.

“I was really in the right place at the right time. Feargal and Denise gave me more or less free rein to renovate the 3½ acre site at their home in North Dublin.”

From there, May ended up overseeing the landscaping at Quinn’s shopping centres, including Superquinns in Blackrock, Sutton and Lucan.

In tandem, May purchased his home of 26 years in Balbriggan: “I had been looking at these cottages for ages, and they rarely come up for sale. They were built in the 1920’s as ex-servicemen’s homes, and had half-acre sites to allow the servicemen to become self-sufficient.”

The real beauty of this site is that it rolls down to a sandy beach along the coastline.

“It was a completely blank canvas when we bought it. We planned it in stages: I knew I had to create a sub-tropical environment as it has east winds, and it needed shelter so the winds would not burn anything we planted.”

To achieve this May planted pines and hedging to allow the gardens to thrive as they meander down to the shoreline.

Most striking are the Echium that tower amid the displays of colour.

“These were actually introduced to Ireland by botanist David Robinson about 30 years ago. He worked with Teagasc and managed Earlscliffe; the 13 acre garden located across the way from the Quinn family. They are an incredible plant, and though they only live for two years, their seeds will continue to provide new plants every year”.

May has been collecting seeds and cuttings from his garden for his new venture which is further out the coast.

“Looking back I don’t know where I had the time to do all the gardens and run my own landscaping company, but really Feargal and Denise had a huge influence on my own garden and my life in general.”

The property itself has four bedrooms, three reception rooms and extends to 177sq m (1,900 sq ft) which the couple transformed from “a two-up two-down with an old lean to” into their home of 26 years.

The lovely waterside spot is now on the market through Sherry FitzGerald seeking €745,000.