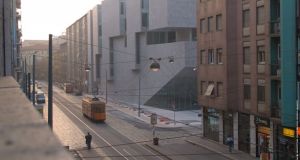 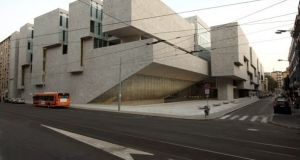 Grafton Architects continue to stack up the gongs for exceptional contributions to the world of architecture. It has this week been awarded the Royal Institute of the Architects of Ireland (RIAI) gold medal for architecture 2007-2009 for its design of Bocconi University in Milan, Italy.

The medal was presented to Grafton Architects founders Yvonne Farrell and Shelley McNamara by RIAI president David Browne at an event in Dublin last Tuesday evening. Among the guests was the Italian ambassador to Ireland, Paolo Serpi.

The RIAI gold medal is Ireland’s top accolade for architecture. The project must be completed within a defined three-year period and the medal is awarded several years after completion so that the success of the building can be confirmed by the passage of time.

Since its construction, the winning building has been widely critically acclaimed and won the World Building of the Year Award 2008.

It’s nice timing for Farrell and McNamara who are currently tasked with curating the prestigious Venice Architecture Biennale beginning on May 26th.

Another finalist in the competition for the RIAI gold medal, O’Donnell + Tuomey Architects, was highly commended for its design of The Seán O’Casey Community Centre in East Wall, Dublin.

What will €450k buy in Dublin and Co Galway?

Dining out: 12 of Dublin’s best restaurants with outdoor spaces
2

Green list, traffic light, refunds, quarantine: Where do we stand with travel now?
4