Mapping the past in rare auction lots at Sheppards 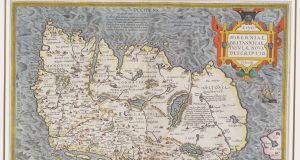 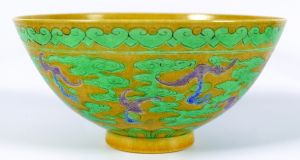 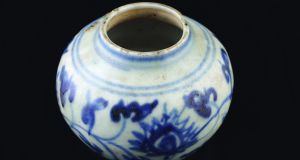 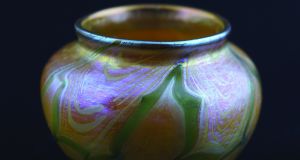 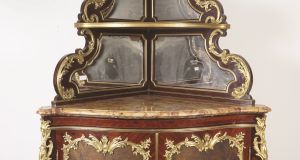 While the use of maps today has been replaced by modern GPS systems, and we no longer consult atlases and charts to traverse land and sea, historically maps had two definitive purposes, that of war and taxation.

When the Ordnance Survey Office was created to update valuations for land taxation purposes in 1846, there was much resistance, so much so, that surveyors in certain parts of Ireland needed police protection.

The survey on a scale of six inches to a mile, saw Ireland become the first country in the world to be mapped entirely on such a detailed scale.

Old maps capture a moment in history, and one of most frequently collected of all maps are those by 16th century cartographer Abraham Ortelius. His Theatrum Orbis Terrarum first produced in 1592, which translates beautifully as Theatre of the World, is considered the first modern world atlas.

Two years after his first edition, Ortelius was advised by English diplomat Daniel Rogers that Ireland was entitled to have a page of its own – rather than being portrayed as an addendum to the British Isles. In addition the word Eryn was added to the map – giving Ireland a sense of cultural independence, and this appears to be the first time that the word Eryn [Erin] appears in print.

An Irish map from the atlas is on rotating exhibition at Leinster House, as part of the “selected treasures” of the Oireachtas, which states the map “Is the first printed map of Ireland with a reasonable approximation of true shape”.

In his book Shapes of Ireland – Maps and her Makers 1564-1839, JH Andrews – considered to be the authoritative expert on cartography in Ireland, suggests that there were in the region of 5,000 copies of this atlas printed in Amsterdam.

Over the years, many of these were taken apart and individual maps were framed. How many have survived over the four centuries is anyone’s guess, but at the forthcoming Great Irish Interiors sale at Sheppard’s in Durrow on April 30th and May 1st, a 1598 edition framed map of Ireland is offered for sale, as one of the 1,237 lots.

Curiously it shows Ireland on her side, as this map predates the convention of placing north to the top, and shows the country in the midst of Elizabethan wars, with counties, castles and the clans who occupied them. The East coast is heavy with detail whereas the west coast is scant – in testament to the somewhat unexplored treacherous waters of the Atlantic seaboard.

In 2018, a privately commissioned manuscript from 1468 – rather than a printed map, depicting Ireland as a standalone country appeared in a Christie’s sale with an estimate of €1.8 million, having previously been offered in 2014 for €3 million. It appears not to have sold at either auction.

The hand coloured 1598 Ortelius map of Ireland, with a detailed description on verso, is listed in the Sheppard’s sale with an estimate of €800-€1,200.

Also included is a selection of important furniture from some historic houses. Lot 1097 is a 19th century French ormolu mounted corner cabinet, which originally came from Westport House, the ancestral home of Grace O’Malley – Pirate Queen of Connacht (€8,000-€12,000).

Lot 478, a brass skeleton clock bears a remarkable resemblance to the Cathedrale Notre-Dame de Paris, who after near destruction through a recent fire, has now engaged a team of professional mountain climbers to install tarpaulin to protect the structure from potential rain damage. (€800-€1,200).

Of course any sale of Irish antiquities throws up everything from the sublime to the ridiculous with lot 877, a delicate iridescent glass bowl by Tiffany measuring just 4cm across (€500-€800) to the rather bizarre titled Portrait of a Lady – lot 849, which has the body of a woman and the head of a dog, and poses many questions - and a case in point to record provenance and history on the back panels of paintings. (€1,200-€1,800). See sheppards.ie