Cook up a storm in this vast Rathmichael home for €2.75m

Tanglewood was built on a lavish scale with lots of party space such as a bar, snooker room and what must be one of the largest and expensively fitted kitchens in Dublin 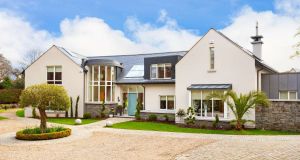 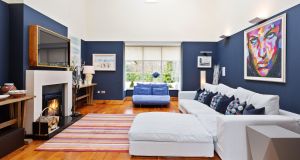 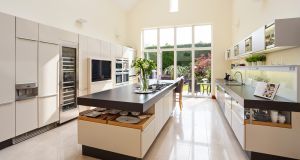 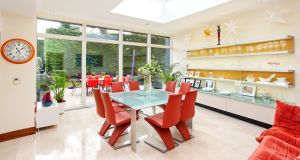 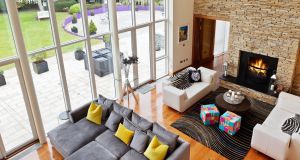 Double-height living room looking out to the back garden 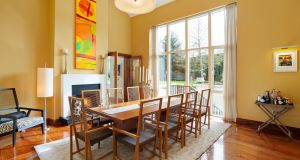 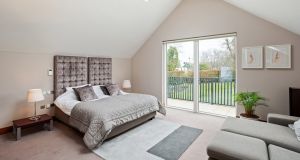 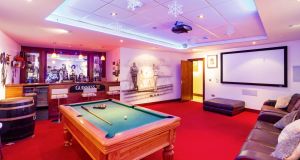 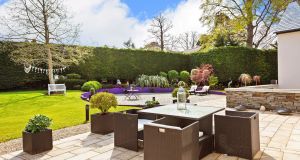 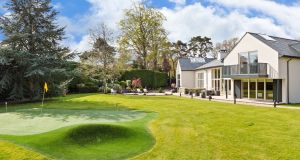 Falls Road in Rathmichael has long been one of the lowest density residential roads on the southside within the M50.

Drive five minutes off the N11 – the Silver Tassie pub used to be the landmark turn-off but now it’s the smart newish wine shop and café Whelehans – and while you’re still in Co Dublin, it feels like you’re in the countryside.

Instead, driving along the area’s narrow winding roads lined with old stone walls and hedgerows, it’s difficult to get an idea of just how many houses are in the old neighbourbood at the foot on the Dublin mountains because they tend to be large properties behind electric gates and accessed via long private driveways.

Househunters with big budgets who want privacy and space, and the pastoral feel of Wicklow but with easy access to the city, are drawn to the area. For years it was possible to buy substantial sites in the area so it was also a magnet for buyers who wanted to build their own homes.

The owners of Tanglewood were fulfilling a long-held dream when they bought an acre of land on Falls Road in 2006. By the time they bought the site the couple who had older children had a long wishlist for their new family home which they eventually moved into in 2008.

A contemporary design, light and space and a really good kitchen were top of the list, and when a basement became an option, the wishlist grew to include a full sized gym, a bar, a snooker room, as well as a steam room and sauna. Outside the nicely maturing garden, which wraps around the house and the detached garage, features a par three golf hole complete with sand bunker.

From the front, accessed via a winding gravel driveway, behind electric gates there’s no inkling of the basement; what is presented is a strikingly designed detached two storey double-fronted home whose vast windows give an indication of the light filled interior that awaits.

At 728sq m (7,836sq ft) with five bedrooms, all en suite, its size gives an indication of just how large the reception rooms are. A signature feature of the home’s design which starts in the atrium-style entrance hall is the double and triple height spaces.

In terms of volume the kitchen and dining area may well be the largest in any house on the market in Dublin at the moment – it certainly feels it.

Measuring 5.3m by 10.7m the kitchen soars to triple height where electrically controlled rooflights in the pitched ceiling throw light down into a space already bright with its wall of glazed windows and doors. This room is open plan into a 5.3m by 5.8m breakfast area.

The vast fitted kitchen with its sizable island unit is sleek Poggenpohl with what looks like every option in the high-end German manufacturer’s catalogue ticked, including a wine fridge, several pull out larders, an integrated TV, Neff and Fisher & Paykel integrated appliances and a Kuppersbusch ceramic wok.

There are two bedrooms downstairs and three upstairs, the master laid out as suite with a full sized bathroom – like all bathrooms in the house with marble tiling and Duravit fittings – and a dressing area.

Throughout the house the materials were kept simple– walnut doors and panelling are a feature, and the flooring, with underfloor heating throughout, is Antica stone.

There’s a home office, a utility, a store room and a plant and comms room – the house features a sophisticated security system. That the owners finished the garage with Liscannor slate is a sign of the attention to detail in the build.

They are now downsizing and are selling Tanglewood through Lisney, asking €2.75 million.

Church wedding not your style? Here's how to say 'I do' a little differently
10