Go west for great art at summer auction in Connemara

Dolan’s art sale is going virtual due to Covid-19, but there are real treasures on sale 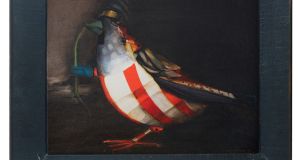 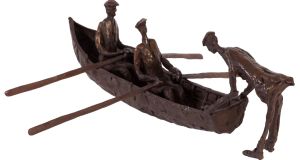 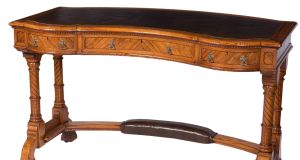 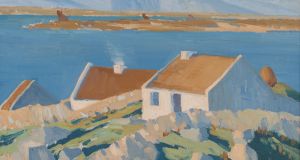 Connemara is heaving with Irish tourists at the moment, with hotels and restaurants running at capacity. Local Clifden artist Gavin Lavelle, who runs his eponymous gallery in the town, says it has been a very good year despite the late start to the season thanks to the pandemic travel restrictions. With American tourists absent, he has a new client base, too: they are now all Irish and, he says, aged in their 30s and 40s.

Many of these buyers, who would normally holiday abroad at this time of year, are visiting Connemara and purchasing works by local artists that Lavelle represents, in the only art gallery currently open in the Co Galway town.

The annual Dolan’s Art Auction, which has been running every August bank holiday weekend for the past decade, will – for the first time – be an online-only sale due to the restriction on gatherings.

During the early years, auctioneer Niall Dolan held the sale in Ballinahinch Castle and Clifden, but in recent years it has been held in a marquee at the crossroads in Ballyconneely.

“It is really the best location for us because of the local facilities. There is a restaurant and shop across the road, with lots of parking for viewings, but this year it is an online-only sale, which is a new step for us and our customers.”

Viewings are open this weekend, and each morning from 10am on bank holiday Monday, August 3rd, and Tuesday 4th until 12.30pm, with the auction itself running on Monday and Tuesday from 12.30pm.

The highlight of the sale of fine art, furniture, Persian rugs and random curiosities is The Sparrow by John Shinnors, a work that Dolan describes as “Shinnors at his most enigmatic”. Depicting a sparrow clad a red and white apron holding a bow and arrow, it portrays strong and dramatic tonal contrasts in a work that is playfully elusive and ambiguous. (Lot 130, €10,000-€14,000).

Works by contemporary Limerick artist Henry Morgan also feature among the 600 lots. Morgan has become a sought-after artist by collectors, and his works are now included in many public and private collections in Ireland. His featured paintings – many of which are inspired by the rugged Co Clare and Connemara coastlines – also include a lovely set of six oils: Glenstal, Diary of a Secret Garden, which are framed as one painting. (Lot 117, €900-€1,200).

There are plenty of West of Ireland scenes for buyers to take a piece of Connemara home, including Carraroe, Connemara by Charles Lamb which Dolan describes as “fit to be in the National Gallery”. Lamb was one of a group of Irish artists who, in the 1920s and 1930s, found inspiration in the life and landscapes of the West of Ireland. His works are on display at the Crawford Gallery in Cork, and the Hugh Lane and National Gallery in Dublin. This particular oil was painted when he lived in Carraroe, where he established a summer school and held annual exhibitions. (Lot 142, €8,500-€10,500).

With regards to furniture, there is good value to be had in a set of six inlaid mahogany dining chairs which are listed at €100-€200 (lot 4), and the highlight of the furniture section is a pair of Victorian Oregon pine crescent-shaped writing tables from 1870, which originally came from Stokesay Court in Shropshire. The stately home was used as the setting for the 2007 film Atonement, starring Keira Knightley and Saoirse Ronan; it was the breakthrough film for the Irish actor. (Lots 155 and 156, €1,800-€2,500 each).

Country auctions always have random curiosities thrown in for good measure. This weekend the Dolan sale has a pair of cast-iron racing cars (lot 270, €30-€40), a collection of ships’ menus (lot 331, €30-€40) and, should you be a fan of the Australian singer and actress Kylie Minogue, the sale also includes a signed limited edition print issued for her 2014-2015 Kiss Me Once tour priced at €180-€250. See dolansart.com and lavelleartgallery.ie

Are we really facing the death of the office?
8 A grisly drop of history
9