Relax on a rooftop in Dublin 8 artisan home for €425k 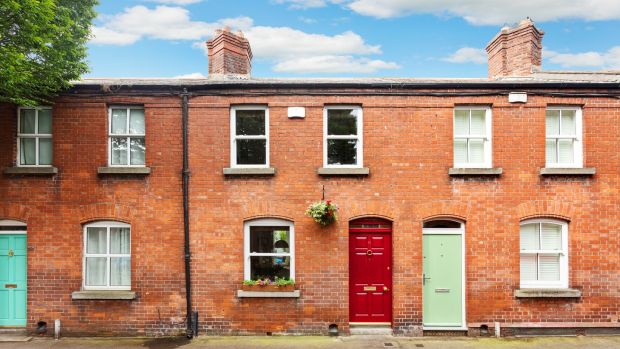 Last Saturday morning, a sunny bright day, children were out playing on tree-lined Reginald Street in the Liberties, two older women were chatting on one of their doorsteps and the flowerboxes made by one of the residents, a generous young Italian man, from scraps of wood during the lockdown and given free to neighbours gave colour to the window sills. The only traffic on the quiet road was a few cyclists – there’s an on-street bike locker at the corner set to begin use when coronavirus restrictions are lifted.

The couple now selling number 11 – after 13 years here – were drawn to the community feel in this neighbourhood in the heart of the Liberties, Dublin 8, when they bought; that and the area’s close proximity to the city centre.

The two-bedroom mid-terrace artisan dwelling had already been modernised and extended by previous owners who had the inspired idea of building a terrace on the roof of the single storey kitchen extension. The couple though wanted to put their own stamp on 73sq m ( 786 sq ft) redbrick and did a complete renovation job before moving in, from the basics such as insulation, replastering and new windows to luxurious add-ons including underfloor heating downstairs and a Jacuzzi bath in the good-sized bathroom.

They kept the footprint though – open-plan living downstairs, one of the sofa tucks neatly under the stairs – with two double bedrooms upstairs, the front with two windows looking down on the street, the back with a glazed door out to the timber floored and railinged terrace.

As well as renovating the bathroom, which is downstairs, the galley kitchen was newly fitted with glossy cream units and it opens to a tiny yard.

Now two children later they are moving – largely for a garden and an extra bedroom.

Reginald Street, like its neighbour Gray Street and the nearby squares, were built in the early 1880s by the Dublin Artisan’s Dwelling Company chaired by philanthropists and brewer Edward Cecil Guinness. The highly decorative fountain with its striking verdigris canopy and red pillars at the intersection of the streets has long been a local landmark – the original Victorian water fountain removed and replaced with a statue of the Sacred Heart in 1929 to commemorate the centenary of Emancipation. It was restored in 1975.

Number 11 Reginald Street is for sale though Sherry FitzGerald asking €425,000.