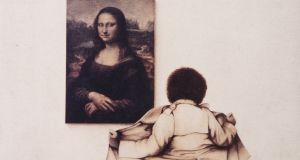 The final 160 lots from the Patrick and Antoinette Murphy collection, along with a further 100 pieces of art, will be offered in an online sale by Adam’s, St Stephen’s Green, which ends on February 3rd.

The couple, who have been patrons of the arts since their marriage in the 1960s, downsized their home and have placed a significant number of works through auction houses since September 2019.

They amassed a vast portfolio of art, which has been described as being “one of the most extensive and diverse collections of modern Irish painting and sculpture in existence” by art critic and curator Dr Róisín Kennedy.

Most of the works in this sale fall into the category of modern art, along with sculptures and photographs, featuring paintings by Brian King, Felim Egan and Ciaran Lennon. The pieces were collected by the Murphys over 50 years from exhibitions, small galleries and sometimes from the artists themselves.

The backs of some of the works tell stories of friendships, as the provenance has been documented on many of the frames.

An etching of Mary Swanzy, which was done by one of her fellow students in Paris in 1922, was gifted to Patrick by Swanzy in 1975 (€100-€150). Such was their close friendship that Swanzy asked Patrick to give titles to many of her later works, and this etching was also used as the catalogue cover for a Swanzy exhibition at the Taylor Galleries in 1982.

A small abstract, Study for Corratimore by Liam Belton, who remains great friends with the Murphys is listed with an estimate of €400-€600, while Corratimore itself graces the walls of the Department of the Environment in Co Wexford.

The piece that will cause most chatter at the viewings (which take place on Thursday and Friday, January 30th and 31st) is Nude by Mary Roden, a rather risque piece featuring a woman’s bare bottom, but the exact nature of the appliance in the foreground of the painting is currently the cause of some laughter and debate (€500-€700).

There are a couple of madcap pieces too which include Male Figure, created from springs, bolts and bits of metal and painted in vivid red and yellow by Joe Butler (€600-€800.)

And one which will bring a smile to many is the comical Oh Mona, a tiny limited edition print by Robert Ballagh of a little man flashing at the Mona Lisa (€300-€500). Coincidently there are abstract silkscreens works by Michael Farrell, who Ballagh apprenticed with, and who has been described as one of the greatest artists of his generation (€500-€700 apiece).

“I think it [the auction] will really appeal to young people, as it will be a good place to start an art collection. Though the major works have sold [through Adam’s in October, and Sotheby’s in September] these pieces have their merits, and there is an opportunity to pick something up,” advises Nicholas Gore Grimes.

What will appeal to those starting out in the world of art collecting, is the majority of the estimates are under €1,000 and some pieces are in the low hundreds.

Particularly lovely is a collection of Paddy Collins drawings, which would hang really well side by side.  The set of four, in excellent frames made by Artisan Frames in Clonmel, are listed with an estimate of €500-€800.

The online sale begins on January 27th and runs until February 3rd, adams.ie

Easy soda bread for the ultimate cheese on toast
5