Dromana house: keeping it in the family for 800 years 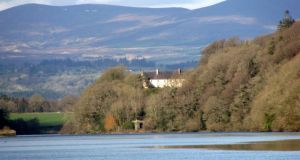 Dromana House on the banks of the Blackwater in Waterford. Photographs: Bill Flynn 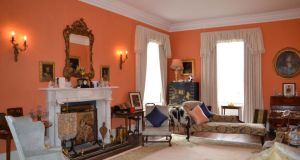 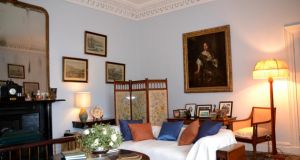 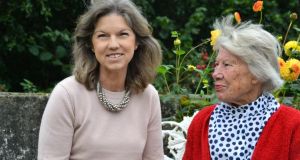 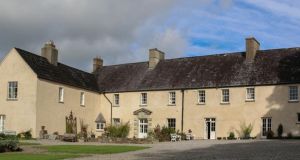 To wander into the kitchen at Dromana House is to understand immediately why one family has remained here for more than 800 years.

The anniversary of the Villiers-Stuart grounding on the banks of the Blackwater in Waterford in 1215 is to be celebrated in July next year.

Here the garden vegetables and orchard fruits have made room on the table for the organisational laptops, documentation and incipient database – but it is what lies beyond this evidence of preparation which stills the eye. The window shows the river broad and tranquil under the cliff on which the first castle was built, the tower of Tourin House at the northern brink, the wooded fringes yielding to shorn autumnal cornfields which rise in turn to the crests of the Knockmealdown Mountains.

“No, I never tire of it,” says Barbara Grubb, standing at the front door of what has succeeded castle, fortified house, Jacobean manor and Georgian mansion on this site through the centuries.

Her parents, Emily and the late James Villiers-Stuart, left Dromana after most of the estate was acquired by the Irish Land Commission in 1957. The house and its acreage of woodland and garden had been left in the care of a relative, but the vast Georgian pile was demolished in the 1960s. That revealed the 17th-century manor, incorporating the base of the medieval tower. It was to this manor that Emily and James returned in 1995, and Grubb and her husband Nicholas have further developed the restoration of the grounds which they began.

Along the shoreline is the grass-roofed bastion whose tunnels provided a boat-house and dock for river traffic, while the banqueting house survives from 1751 as a folly with a purpose. Impact was everything.

“Mum and Dad did a huge amount of work here, even though they were both in their 60s at the time. Now Nicholas and I have opened up the paths and levels which were overgrown by rhododendron superponticum. When we were working around the bastion we realised that this led to an original terrace walk which is marked on the 1751 estate map, so we followed the indentations, restored the paths and are ready to start planting from our own propagated stock.”

The deluge of historical material, research and references now flooding into Dromana confirm the grant of the counties of Waterford and Desmond to Thomas FitzAnthony, seneschal of Leinster in 1215. The first Earl of Desmond was created from this line in 1329, but it was Gerald, younger son of the sixth earl, who inherited the territory of the Decies in 1462.

From that point on, the progress of FitzGerald to Stuart, Grandison, Villiers-Stuart and Mount Stuart is colourfully complicated by fruitless marriages, untimely deaths and that aristocratic resurrection known as a second creation.

As Grubb mentions with some pleasure, the estate of Dromana was three times inherited through the female line and, while much can be told of these three heiresses, they are dramatically outshone by outlying personages such as Lady Barbara Villiers, Duchess of Cleveland and influential mistress of Charles II. Her voluptuous portrait hangs at Dromana, but so does the milder, dimmer painting of Catherine FitzGerald, Countess of Desmond. This is the countess said to have danced with King Richard III, personally petitioned Elizabeth I for restitution of land and income, grew a third set of teeth and, climbing to pick cherries from a tree at Dromana, fell and died at the legendary age of 140.

This lineage includes connections with two English prime ministers – William Pitt, Earl of Chatham, and John Stuart, third Earl of Bute, and leads on to George Mason-Villiers, the second Earl Grandison, builder of the now vanished mansion which welcomed Daniel O’Connell on his electioneering tour in June 1826.

Two ardent letters from O’Connell to his wife Mary note “Here I am at this lovely spot” and “I cannot tell you what a sweet spot this is”. The letters are laced with endearments as they describe his progress from Youghal to Dungarvan and Cappoquin “with Mr Stuart in his carriage”.

Stuart was Lord Henry Mount Stuart of the Decies, winner of this momentous election in which his rival was Lord George Beresford of Curraghmore and for which O’Connell was his counsel and promoter. Campaigning for Catholic Emancipation, they breakfasted on June 19th, 1826, at Kilmacthomas, “a town belonging to the Beresfords, but the people belong to us”.

In 1921, something of the political importance of Dromana may have influenced the local IRA battalion which forced an adjutant and officer commanding to return “all the swords in the house” they had taken, along with Grattan’s Volunteer flags, during an unofficial raid. The flags had been burned, but the swords still hang at Dromana.

Prominent among the portraits at Dromana is that of the first Earl Grandison, whose response to a weather-induced famine of 1739 was not only the planting of more than 60,000 trees but the introduction of the linen industry to the immediate area. Villierstown was built to house the imported linen workers from Northern Ireland. Ironically this enterprise, established as relief for an 18th-century famine, died out as a result of the Great Famine of 1845.

However, Grubb makes the point that of the Blackwater’s many fine and historic houses (Edmund Burke, Nano Nagle and Hennessy Cognac among their connections), 126 remain occupied. Not least of these is Camphire, now renowned for its international horse-trial events.

Events are to the forefront of Grubb’s mind now as with the assistance of Emily, Nicholas, neighbours and a small committee, she is formulating an enticing programme of rallies, tours, feasts, boat trips and musical entertainment.

The International Genealogical School will visit the nearby site of the Battle of Affane,when the FitzGerald Desmonds were defeated by the Butler Ormonds in 1565. The battle site is close to the river Finisk which is bridged by the Hindu-Gothic folly first built as a wedding celebration for that same Henry Mount Stuart, Baron Decies.

A beech-lined avenue near Aglish leads to the little church of St Patrick, built by Henry in 1826 for his Catholic tenants in the Drum Hills. Currently trying to identify just the right kind of cherry tree to plant next July in memory of the Old Countess of Desmond, if Grubb can be distracted by anything at the moment, it is by the proposal to erect wind turbines on these Drum Hills, the very heart of the territory known from earliest times as the Decies. Dromana 800, dromanahouse.com; the 16,000-item Villiers-Stuart archive is at UCC’s Boole Library.

Lofty ideals: the dos and don’ts of converting your attic
7