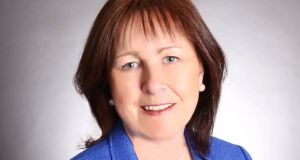 The impact of Brexit is a concern for more than a third of licensed property professionals across the Republic of Ireland – and for nearly half of those in Border areas.

They expressed concern that if Northern Ireland’s pattern of economic growth begins to diverge from that of the Republic, unlicensed service providers could start to trade south of the Border. They were also concerned that pursuing service charges from UK-based property owners could get even harder once EU law no longer applies in the United Kingdom.

The report, The Impact of Regulation on the Property Services Sector, by Dr Róisín Murphy, is based on input from the authority’s licensees, who are made up of auctioneers and estate, letting and management agents. It was launched at the authority’s inaugural conference yesterday, at Croke Park in Dublin, which was addressed by Minister for Justice Charlie Flanagan.

The report also found that recruitment is proving to be a critical challenge. The authority has imposed minimum levels of academic qualification or experience for property professionals, but, based on feedback from the survey, it acknowledged that this may “in some instances result in a constraint to employing staff”, particularly in the regions.

Maeve Hogan, the Property Services Regulatory Authority’s chief executive, said it “welcomes the introduction of the national auctioneering and property-services apprenticeship programme as an alternative pathway to gaining entry into the property-services sector”. The programmed launched in Dublin and Cork last September, and there are plans to expand it. Eighty per cent of survey respondents said they would consider taking on an apprentice.

The report also found that 87 per cent of property professionals view the introduction of the regulatory authority as a positive move and agreed that the profession needs to be regulated. Three-quarters said the authority’s audit process is of value to their business; 70 per cent said they have already been audited.

Property-service providers have been obliged to obtain a licence from the authority since 2012; this is the first time the impact of tighter regulation has been assessed. About a quarter of the authority’s 5,860 licensees responded to the survey, which was conducted online last August.

Crack on: Where to order an Irish artisanal Easter egg in time for Sunday
7