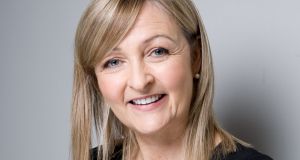 Lines in the sand are being drawn ahead of the selling season proper with news of some high profile industry moves. The departure of Rena O’Kelly from Knight Frank as head of its residential division will come as a surprise to many.

But O’Kelly won’t be disappearing off the property beat any time soon as her next move marks something of a return to the fold when she rejoins Sherry FitzGerald as director of residential sales.

A stalwart at Knight Frank (formerly HT Meagher O’Reilly) for the last 15 years, O’Kelly has brokered a number of high end residential sales in the capital, including Fintragh on Shrewsbury Road for €8.45 million. She was also joint agent with Sherry FitzGerald on the sale of controversial Gorse Hill in Killiney for €9.5million.

O’Kelly began her property career in Sherry Fitz where she worked for 13 years in a number of branches. In her new role starting in March, she will be based in the Foxrock office working with the senior sales team across the southside branch network.

Meanwhile Cairn has taken its latest hire from the agency sector. The publicly-quoted new homes builder has appointed Sarah Murray as its new Director of Customer (yes, a new one on us too).

Starting in April Murray joins Cairn from Sherry FitzGerald where she worked for more than 12 years specialising in new homes sales working closely with its head of new homes and external business clients. As Cairn rapidly builds scale, with hundreds of homes coming on stream in multiple sites, one of its biggest challenges is managing the end customer relationship. With responsibility for sales and marketing Murray’s role will be to to tighten up Cairn’s relationship with its end users, aka house buyers.

In Dalkey, Lisney is about to officially launch its new high street branch with Rory Kirwan at the helm. The estate agent is clearly setting its sights on the lucrative coastal enclave where Sherry Fitz and a couple of smaller operators have held sway at the upper end in recent years. And word has it that a further Lisney branch in Blackrock won’t be far behind.

So here I am, clutching my Happy Pear cookbook and crying into my dhal
7