Want to escape the rat race? How does a cardboard box sound?

The reality of dropping out is less attractive than the dream 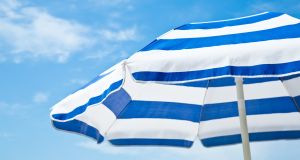 There is indeed a man in the south of France who reads all the time. I saw him sitting on the Promenade  Des Anglais in Nice under a big umbrella to shield him from the sun

‘Paddy Whackery – booklover first and advertising genius second. But when advertising began to steal precious time from reading, he dropped out of the rat race and moved to the south of France. We report from his converted farmhouse near Nice where he lives with his dog, Flaubert and his cat, Simone. And reads all day.”

You know the sort of thing. You read it and wonder how your life got stuck in a traffic jam on the motorway under a grey sky while others swan off, convert farmhouses, make their own cheese and turn up grinning triumphantly in the pages of the colour supplements.

But it’s not like that for most dropouts, and when I look at the reality I’m not surprised I never had the courage to up sticks and head off for that life I thought I wanted.

For instance, there is indeed a man in the south of France who reads all the time. I saw him sitting on the Promenade des Anglais in Nice under a big umbrella to shield him from the sun, with his possessions in various plastic bags around him.  He looked like a man who had little else, not even a home to go to. What he had was a lot of books, piled around him (moving them from place to place at the start and end of the day must take hours). He sat there shaded from the sun and he read and read and read. He was probably only dimly aware of the Promenade, the tourists, the sea, and the planes taking off from the airport. So he got – still gets I presume – to stay out of the rat race and he got to read all day. That’s all he has and I hope that’s all he wants.

My earliest realisation that living outside the rat race isn’t as attractive in reality as in my dreams came some years ago when I met a woman who lived in a cardboard box in the centre of Dublin. She stored her Thermos flask and food behind an altar in a city-centre church.  The Garda looked out for her at night.

I was speaking to her at the time because some mean-spirited community welfare official had cut her meagre payment on the grounds that if she lived in a cardboard box she did not have the same expenses as those who lived in rented accommodation. That’s another story, and not much point in telling it now.

I was struck by the fact that she seemed quite at ease with her lifestyle and did not appear to be looking to be housed. Nor did she seem to be a troubled person. She was an example of somebody who had renounced the world – or at least had renounced that part of it that says you must have a job and an apartment – but in a way that most of us just simply would not contemplate. Even those who go into communities to live apart from the world would find the prospect of a cardboard box and your lunch behind an altar quite impossible to face.

And then there are the hippies, if that’s what they’re still called. I refer to the bearded ones who are usually to be seen in a doorway along with one or two dogs. The dog leash is always made of twine or rope as though to buy an actual dog lead would be to give in to the capitalist conspiracy. Now and then you see females of the species too, usually accompanying the males. Here again we have people who decided to kick the system and to get out and stay out. It’s a long way from the old hippie idea of the 1960s of meditating in a commune while Mammy and Daddy pay the bills.

Still, good luck to Paddy Whackery and his cheese-making operation. If you, dear reader, should decide to drop out I hope it all works beautifully for you. I’m sticking with the rat race.

Padraig O’Morain (pomorain@ yahoo. com) is accredited by the Irish Association for Counselling and Psychotherapy. His latest book is ‘Mindfulness for Worriers’. His daily mindfulness  reminder is free by email. Twitter: @PadraigOMorain