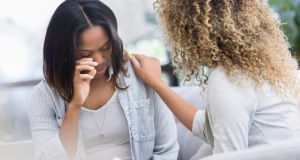 The importance of physician empathy should not be underestimated. Photograph: iStock

In 1811, the English novelist Frances “Fanny” Burney (1752-1840) ate breakfast at her Paris home before undergoing a mastectomy in her bedroom . . . without anaesthetic.

Writing to her sister nine months later, Burney – who lived another 29 years – recalls “the most torturing pain” and “the Knife [rack]ling against the breast bone – scraping it”!

One of the many notable features of Burney’s ordeal is that she spoke apologetically to the surgeons “for indeed I was sensible to the feeling concern with which they all saw what I endured . . . ”

This early example of physician empathy highlights a topic which is relevant today, as current Irish research shows. In a 2017 review, Dr Jenny Roche and Prof Dominic Harmon of University Hospital Limerick note that empathy involves viewing the world through another’s eyes; establishing an emotional resonance with the patient; and communicating this understanding to the patient.

This might state the obvious, but Roche and Harmon warn that “the practice of empathy is under great threat in today’s medical culture of technical isolation of physician from patient . . .” and they remind us that “the value of empathy and its relevance to pain medicine cannot be underestimated”.

This was confirmed by another Irish study published this year and reported in the Irish Journal of Medical Science by Sarah Walsh – of the University of Limerick’s Graduate Entry Medical School – and colleagues. They examined the relationship between patient-rated physician empathy and patient satisfaction by asking 140 adult patients to complete a questionnaire after a pain clinic consultation.

About 80 per cent of the patients had been living with chronic pain for between one and five years. There was a strong correlation between patient-rated physician empathy and patient satisfaction in a pain clinic setting. Walsh and colleagues concluded: “Patient satisfaction plays a significant role in adherence to treatment and contributes to a positive working patient-physician therapeutic relationship.”

But might some physicians show more empathy than others?

This was explored by New Zealand researchers, writing in the Journal of Pain and Symptom Management. They investigated barriers to compassion and whether physicians’ tendencies to show compassion towards a patient were related to their specialties – psychiatry, general practice, surgery, internal medicine, and paediatrics – and experience.

Given the nature of psychiatry, one might infer that those physicians choosing to specialise in a discipline where person-centred care is crucial are more proficient at recognising and easing patient stress.

On the other hand, this study found that GPs and internal medicine specialists had the biggest workloads. So, one might speculate that a heavy administrative burden, a crowded waiting room and the need to watch the clock might compromise a physician’s ability to introduce conversational compassion into a clinical encounter, especially if the patient’s blood sample has to be on the lab van that leaves in 10 minutes.

And a comment piece in the Lancet medical journal last year, notes that chronic pain is a major cause of disability globally, affecting about 20 per cent of the adult European population with 28 million sufferers in the UK alone, and with estimated financial costs of more than €200 billion in Europe.

In 1979, the International Association for the Study of Pain defined pain as “an unpleasant sensory and emotional experience associated with actual or potential tissue damage or described in terms of such damage”.

But irrespective of how we define pain, the challenge remains of conveying to someone else what it feels like. In July 2016 an Encountering Pain conference was held at University College London (UCL). The conference arose from a three-year UCL project entitled “Pain: Speaking the Threshold”, an arts/medicine collaboration in which patients suffering pain attempted to translate their perceptions of pain on to “pain cards”. It was an attempt to bridge the gap between how patients experienced pain and how their physicians understood it.

Writing in the Lancet (cited above), the authors behind the project state: “Visual images hold multiple meanings, encouraging clinicians and patients to work with and tolerate ambiguity and doubt, bringing about a more negotiated approach to unravelling meaning and thus helping to democratise the pain consultation.”

Medicine is not about treating diseases but about treating patients, and there is a distinct role for the arts. Former senior editor of the Journal of the American Medical Association Dr Therese Southgate (1928-2013) addressed the link between medicine and art, writing: “Observation demands attention, and . . . [A]ttention is nothing more than a state of receptiveness toward its object, the artist to nature, the viewer to the work of art, the physician to the patient.

It is fitting, therefore, that Walsh and her colleagues at the University of Limerick remind physicians that with a growing emphasis on the role of patient satisfaction in clinical outcomes “doctors will have an increasing duty to offer their patients not only the most efficacious medical treatments available, but a holistic consultation and a listening ear”.