Bullying in school: Seven things a parent should know 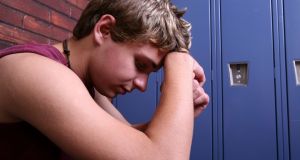 In these sensitive times, it is a term that is overused. As nasty as a row between peers may be, it’s not necessarily bullying.

“Conflict is part of life and children and teenagers have to learn how to cope with conflict and to minimise the effects on them, that is an important part of developing their resilience and well-being,” says Prof James O’Higgins Norman.

He holds the prestigious UNESCO Chair on Tackling Bullying in Schools and Cyberspace and is Director of the National Anti-Bullying Research and Resource Centre (ABC) and Associate Professor in Sociology, DCU.

A power imbalance between peers may be one hiding behind anonymity to target another – a tactic facilitated online.

“If it’s anonymous, so you are not sure the people are who they claim to be, that increases the level of power between the bully and the target.”

Fear of stranger danger is a feature of modern parenting, yet children are far more likely to be threatened by somebody they know. Despite the heightened attention given to cyberbullying, “traditional” bullying is more prevalent but often it crosses over from off-line to online and back again.

The migration to cyberspace greatly expands the audience for the bullying and raises the level of humiliation and threat. Research shows that boys are more likely to be bullied in online games and for girls it is more likely to be in social apps.

3) What parents can expect from schools

“Parents should expect schools to be their partners in creating safe learning environments for their children,” says O’Higgins Norman.

“One of the saddest things is when we get a call to the centre where a parent has been to the school to express their concern that the child has been bullied and the school becomes defensive or doesn’t listen to the parent. Most schools are doing their best to address cases of bullying as they occur but sometimes schools can become anxious or defensive and that’s sad because it’s the child that suffers.”

4) What schools can expect from parents

Partnership works both ways. Just as schools can be in denial about what is happening, parents told that their child is engaged in bullying behaviour often respond in a very defensive manner.

“I would plea with parents, if your child is the bully please be open to working with the school and addressing that – for the benefit of your child,” he says.

Parents of the victim may, understandably, want the perpetrator punished and even removed but they need to understand that both children may be victims in their own ways.

Schools need to act speedily and decisively in dealing with reports of bullying. However, research shows if they have put in work on the prevention side, there will be less need for intervention.

Increasingly an incident requires a response from not just one school but several schools. When somebody is being bullied online, the bully may be in a different school and a large cohort of bystanders watching it online could be in a third school.

“Principals and pastoral care teams often have to work across schools to address issue,” says O’Higgins Norman. “In most extreme forms, the guards may have to be invited to get involved as well.”

Bullying or cyberbullying usually only comes to the attention of parents and teachers if it becomes very extreme. Yet ABC research in 2016 found just 20 per cent of parents actively monitor child’s social media activity.

“They overrely on self-reporting of problems by children and teenagers,” says O’Higgins Norman.

He acknowledges that it’s particularly difficult for parents as children become teenagers.

“They want to increase the trust towards them as they become young adults, they want to respect their privacy in an age-appropriate way.”

In an ideal situation kids should be coming to their parents because they want to tell them what’s happening online, rather than fearing that parents are going to interfere.

“It’s a very hard balance for parents to get but it’s a balance they have been trying to get for centuries,” he observes. “In the old days, kids kept diaries, were writing letters to their friends or having private conversations. Parents would wonder ‘what is going on there?’”

7) Judgment can compound a victim’s shame

We all want to equip children to make good decisions but if something goes wrong, they need to know they can immediately seek support from a trusted adult without being judged.

Take the 13 per cent of young people who report having had a sexual image of themselves shared without their consent – a form of cyberbullying.

“The way adults react to that when it happens can compound the guilt or the embarrassment they feel,” says O’Higgins Norman. “A mistake has been made in sharing with the wrong person and we need to reassure them that it wasn’t their fault, it’s going to be okay, life will move on.”

“When we think back to when we were kids and fancying the boy or girl in the class what did we do to connect with them? We wrote them little notes and sent them little gifts,” he points out.

“So, the impulse to connect is the same impulse as always has been there for generations. But it’s the technology that’s available today that makes it a much more dangerous activity.”

Read: School bullying: How a new project plans to reduce it