‘Six years in, I have got it wrong more times than I can count. But that’s okay’ 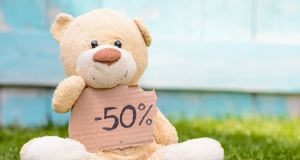 Try to get your parenting right at least 50 per cent of the time.

When it comes to parenting, we need only get it right half the time according to research published in the journal Child Development, by Dr Susan Woodhouse.

I can certainly get on board with this considering, like most parents, I’m pulled from hour to hour, room to room, fridge to whatever press the biscuits are in, by two ever-demanding kids.

Since becoming a mum, my idea about parenthood has changed rapidly from the ill-conceived and ill-prepared thoughts I had when I was first pregnant. I had expected to be an easy-going mum who recycled the ice pop sticks to make finger puppets to entertain a pre-walker with imaginative stories about castles and dragons. I expected to know what every cry meant, how to magically heal cut knees and make the most delicious, healthy purees even an adult would drool over. I swore I wouldn’t get angry, frustrated or anxious over the little things like two-hour waking’s at 3am or a toddler who wanted to eat all day, but not the food I was serving up. I would know exactly what my children needed and never get it wrong, because getting it wrong would mean I was failing, and I wasn’t going to fail.

Six years into this parenting dynamic and I have got it wrong more times than I can count.

It turns out, that’s okay.

And most certainly not a failure.

Amid my attempts to be the best I could be, I found I was burnt-out from the constant demands, the crying marathons and the mountainous to-do list to maintain a happy and healthy home, with reasonably well-fed, clothed and bathed kids. I was pushing to be a perfect parent, never saying no, always attached and instantly reacting to the needs and wants of babies and toddlers, blisteringly unaware of the idea of being a “good enough” mother which was exactly where I needed to be.

Rewinding a moment, to our mother’s era of juggling children and happy homes, the British paediatrician and psychoanalyst Donald Winnicott, coined the phrase “good enough” parenting, defending not only the ordinary mother but also the father, from the outside influences that allegedly aim to help us in this rollercoaster of parenthood. In comparison to the 1950s, when Winnicott essentially saved the minds of mothers who had been attempting to be more and do more than they physically and mentally could, those influences are piling higher and higher on our modern-day shoulders. We are met with an onslaught of advice and the “right way” to raise our kids. With friends, family, professionals, social media, TV and shelves upon shelves of so-called parenting manuals all having an opinion on the best way to parent, we are inundated with a belief we can and should be bigger and better. But do we need to be? Not according to the good-enough paradigm which is a school of thought I have clung on to quite tightly in recent years.

Aoife Lee, certified parenting coach at parentsupport.ie, believes we often feel overwhelmed by the volume of parenting advice and information out there. “It’s not that the written information is misleading in any way,” she says, “often there are different approaches which is okay. However, if a parent is feeling in anyway vulnerable, seeking ‘the right way’ to deal with their situation, it can add to the pressure to be perfect.”

When it comes to parenting, there is no perfection, no matter how hard we try. So, let’s not try so hard. We know our efforts have a direct effect on the development of our babies. Naturally, we think anything less than perfect will have a negative effect, but this is not the case. The idea of attachment theory is to give our babies and young children the confidence that their primary caregivers are readily available to them to protect, comfort and support them. Working that idea in with “good enough” allows us to retract and temporarily distance ourselves from their needs and possibly get it wrong. It doesn’t negate our attachment but rather reinforces the independence of our children, helping them to develop a sense of “me”.

Woodhouse, associate professor at Lehigh University, focuses on the applications of attachment theory to children’s and adolescents’ relationships with parents. She suggests, in this recent study, that the development of the secure attachment between mother and newborn need not be as immediate or perfect as we ordinarily believe. As new parents, we are quick to pick up the crying baby, answer their call and figure out their needs. Woodhouse believes that to develop that secure attachment, like Winnicott’s belief, we don’t need to be the ever-prevailing, constantly “on” parent. We can get it wrong. More than once.

To be an ordinary and devoted parent, we can strike a balance between the demands of parenthood, the guilt we are often consumed by and the fact that we are not super human. Essentially, reminding ourselves that we are allowed to fail, to be imperfect, to try again, is the key to balancing our own development as a parent and our children’s psychological development in learning to deal with disappointment, frustration and the reality of the life outside of the bubble of the attached parent. Learning to do things for and by ourselves, is a big part of growing up. Whether we like it or not.

As Lee says, we often see how relationships vary among us and each of our children. “Some children need us more than others in the family,” she says, “Through our relationships with our children we can show how we care. This comes in various forms – listening, talking, comforting them without saying anything at all or just being there.”

And getting it right at least 50 per cent of the time.