‘My family are so caring, but when I close the door I’m alone’ 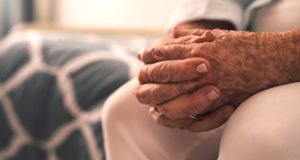 There is growing evidence social activities could protect people from dementia in the long run. Photograph: iStock

Growing old is an inevitable part of life but while some take to their golden years with gusto, others slow down to the point that their social life becomes almost nonexistent and their only interaction with others is when they go to the shop, undergo medical treatment or have a visit from family.

But even though many might feel less inclined to put themselves “out there”, this is not a good road to go down, particularly if they are trying to adjust to retirement or are recently bereaved.

While meeting people is good for the soul, according to a new study, being socially active in your 60s and beyond can dramatically reduce your risk of developing dementia.

The research published in PLOS (Public Library of Science) Medicine, showed that more frequent social network contact at 60 was associated with reduced risk of dementia. While the recent WHO guidelines say there is insufficient evidence to prove the reduction of risk, both social participation and social support are strongly connected to good health and wellbeing throughout life and social inclusion should be supported over life’s course.

Dr Bernadette Rock, research and policy manager with the Alzheimer Society of Ireland (ASI), says social activity may indeed reduce the risk of dementia. “Social contact is social interaction and can be as simple as meeting family and friends, talking to colleagues or chatting to people when you’re out and about in the shops,” she says. “Recent analysis shows that someone who saw friends almost daily at age 60 was 12 per cent less likely to develop dementia than someone who only saw one or two friends every few months.”

Dr Rock says it is also known that depression is a risk factor for dementia, as is hearing loss – and as both of those might lead to social isolation, there may be overlapping factors.

“There is growing evidence that social activities could protect people from dementia in the long run, in addition to treating hearing loss, maintaining a healthy lifestyle and moving more,” she says. “In fact, we now think that at least 35 per cent of the risk for dementia is explainable by medical and lifestyle factors, which are potentially reversible. There is a lot that people can do to reduce their chances of developing dementia, including reducing alcohol intake, stopping smoking and exercising.”

The expert says there are a number of reasons why being social may be beneficial for older people. “Social activity may challenge the brain – so when we meet a friend, we have to remember details about their family, life events and interests, which gives our brain a workout – while chatting with friends also practises our language and attention skills,” she says.

“Social contact may improve mood and wellbeing and reduce stress, which may in turn improve brain cell health. We know from animal models that stress can damage cells in the key memory centre of the brain, the hippocampus – and people with chronic life stress seem to be at higher risk of dementia.

“Also many social activities involve some element of exercise, education or mental challenge. So golfing with friends provides aerobic exercise, while a language or musical instrument class involves new learning, as well as the social contact. And many local community social groups hold table quizzes, learn songs or host talks on care maintenance, health. These are all beneficial.”

Martin Ryan can relate to this as he became very isolated when he took early retirement but says joining some local groups has made all the difference to his life. “I had back problems for years so had to stop working when I was around 60,” he says. “I was glad at first because being on my feet all day had been difficult (he worked as a school caretaker) but after a couple of weeks into it, I didn’t know what to do with myself. My wife passed away separated a few years previously, and my children are grown up and not living nearby, so my whole life had been in the school – so leaving it made me feel depressed.

“Rather than put me on medication straight away, my GP suggested that I get out and join something, so I signed up for the local Men’s Shed group and also decided to go back to playing golf, as I had been good at it in the past. Of course it was hard to motivate myself in the beginning, but I knew I had to get out and about sooner rather than later, as it would be harder when I got older – so I just got on with it.

“These days I couldn’t be happier – I’m out and about all the time and have a load of new friends. My daughter even jokes that she has to make an appointment to see me these days – I feel positive about my future now and I really believe that getting a social life is what turned it around.”

Dr Rock says we all need to be conscious that we live in a society in which social isolation and loneliness is becoming more common. “A policy paper entitled Dementia and Loneliness published by the ASI last month recognises that people living with dementia who live alone in the community may have few social connections or meaningful relationships outside of their own families,” she says. “This piece of research, which informs current understandings around dementia and loneliness, notes the importance of people with dementia staying active in their own community and clearly shows that fear and stigma continues to surround the public perception of dementia in Ireland.”

Jacinta Dixon agrees – as a member of the Irish Dementia Working Group (an advocacy group made up of people with dementia and run by the ASI), she says support and understanding was hugely beneficial to her as she came to terms with her illness.

“Before getting involved in the group, I was lonely – my family are so caring and wonderfully supportive; they take me out and call to my house, but when I close the door I’m alone so have experienced isolation,” she says. “My neighbours and people in the community are great but a lot of people still don’t really know what dementia is or how it affects people. And they definitely don’t understand that it can affect someone at a relatively young age.

“There is a big stigma around having dementia and some think that you are not really a person any more and that your life is over. This creates a lot of unnecessary loneliness and often people overcompensate and treat you too nicely, which is sometimes even worse than being ignored. I think it’s really important that people with dementia stay involved in their own community and that adequate supports and services are available for them to do this.”

Research evidence has shown that social contact, in middle age and late life, appears to lower the risk of dementia and also that practising using the brain for memory and language during social contact can build so-called cognitive reserve.

“Learning new things builds connections between brain cells and so does social contact,” says Dr Rock. “The biology underlying this study is that the people who are socially active keep their brains better connected. If you have a better-connected network in your brain, it can resist pathology for longer.

“Among the report’s key recommendations are that people living with dementia should be enabled to continue to engage in the meaningful social activities they enjoyed doing before their dementia diagnosis, should they wish to do so. It also recommends that accessible and simple information to help understand dementia should be provided to the general public, service providers, health and social care professionals and relevant volunteer or community groups.”