I have two granddaughters whom I love dearly, but I never see them and I am terrified of not seeing them if I fight with her 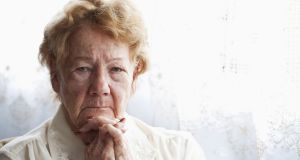 QUESTION: I am an 80-year-old widow and this is the first email that I have ever written. It has taken me several hours to put this letter together with the assistance of my carer whom I could not manage without.

We had two sons with special needs and two daughters. In March 2016, one of my daughters died of a heart attack. My remaining daughter lives two minutes away from me. I now live alone. I have had so many regrets in my life. I have found it difficult to cope with the guilt and consequences of our poor parenting choices, but I eventually learned to accept my choices and be at peace with myself with the assistance of counselling and the passing of time.

Neither my late husband nor I could accept that our sons were not perfect. I desperately regretted pushing them through the mainstream private school system, which only served to further damage them, marginalise them and isolate them from society. All because of our downright high mindedness and refusal to accept reality.

That left us with two daughters whom we spoiled in order to compensate for our two sons. Shortly after college, one daughter moved away and we provided for her always until she died. In relation to our other daughter who remained, we desperately wanted her to make something of herself, but we spoiled her terribly.

My late husband spend a lot of money and resources to get her career off to a start and bought her an apartment. Although frightfully incompatible, meeting her husband gave her the opportunity to continue with her lifestyle and she was spoiled in that relationship too. When they separated, I noticed that her primary concern was her finances and reputational standing as opposed to any genuine feeling for the loss of her husband. I was angry with her husband for leaving her and particularly hurt for my grandchildren, but in my heart of hearts I also know that her dishonest, demanding and manipulative nature would have been a causative factor for his departure.

The only times my daughter has come to see me was to request me to sign documents renouncing any entitlement to the proceeds of my deceased daughter’s estate which I duly did because I don’t need the proceeds at my age. She has had frank discussions with me regarding her future inheritance during the course of which she details my assets. At times, it feels like she is waiting on me to die in order to accelerate her inheritance.

I never see my granddaughters and I don’t understand why. A family friend remarked to her recently that my grandchildren must be of great comfort to me at this time. My daughter told her that I have Alzheimer’s and that she would not subject the children to that on top of the stress that they have in dealing with the separation. I was completely shocked. I am forgetful at times, but I know own mind. Although I need assistance, I own a car and I drive occasionally.

She was dishonest as a child and we let her away with it too much. I want her to have a happy life, to be an honest person, to have loyal children, a loving partner and all of the happiness in the world. I want to help her to change. I have two granddaughters whom I love dearly, but I never see them and I am terrified of not seeing them if I fight with her.

Answer: It seems that you have two ambitions: one to help your daughter be a better person and the second to have access to your grandchildren. You know your daughter well and have clarity about what motivates her: it seems that she is motivated by money or future inheritance so it is possible that you could use this as a way of helping her to bring the children to see you.

While this might sound cynical, it would benefit both you and the children to know each other and you have the means to make this happen. Could you, for example, invite your daughter over to discuss this and it seems the best way of doing this is some honesty. The added benefit of this is that you will model two of your desired qualities for your daughter: honesty and courage.

You both want a good life for her and her children and this joint ambition can be a focus for both of you even if you disagree on the pathway. However, if you are to do this, you must be committed and convinced in your position as otherwise you will repeat what you have done in the past – which is to take the easier route of acquiescence.

Tell her that you are determined to see your grandchildren because you love them and that you are willing to include them handsomely in your will for this privilege. Have as much faith in her as you can muster and try to understand from her position that she is in protective mode following her separation. Your capacity to take responsibility for your mistakes is admirable and it may be that your daughter would soften if she were to hear this (excluding your criticism of her).

Her first response might be negative, but have faith in your sense that you are on the right path and send cards, little gifts, etc to her children and keep inviting them into your life. You are a shining example that it is never too late for self-development and this might be the best legacy you can leave to your daughter. As this is likely to be a very difficult encounter for you, it would be in your interest to have someone by your side to support you in the event of conflict – could you ask your family friend who seems aware of the situation to be there for you?

This will boost your confidence and give you courage when things might get tough.

Generation panic: why is there so much anxiety among millennials?
9

Valentine’s in an Irish restaurant: ‘Some couples barely speak to one another. Most don’t tip’
Real news has value SUBSCRIBE