Introducing my 4-year-old daughter to my new partner 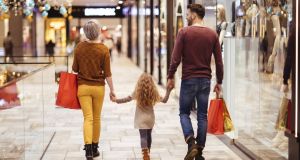 Question: I separated from my husband three years ago. I have a four-year-old daughter from that relationship who is everything to me. About six months ago, I met a new partner and things are going really well. He has met my daughter once and they got on in really well. We are both in our late 30s and are now considering what the next step is in our relationship. He was in a previous long-term relationship where his partner had a teenage daughter.

Although we have strong feelings for each other and want to be together, he is a bit daunted by the fact I have a daughter as in his previous relationship he felt left out and didn’t have anything in common with his partner’s daughter. I know there is a considerable difference in age between the two children, but is there any advice you could give me on how to build a relationship between my daughter and partner. We both want more children and I feel if that happens then we would become a stronger family unit.

My daughter really wants some brothers or sisters!

Answer: Establishing a blended family, with lots of different and new relationships being formed, does take time and consideration. Your partner has already had the experience of some of the challenges in doing this so you are right to be thoughtfully thinking this through together. The key is to consider all the different relationships individually and how these can be supported. In your question, you are wondering how your partner can build a good relationship with your daughter which is important, but you also need to consider how your own relationship with her might change.

Lots of children can find it hard to “share” their parent with a new partner or can worry that the arrival of a new partner might somehow change the importance of their own relationship with the parent. Also in your question you don’t mention your daughter’s father and what his current involvement is. His role will continue to be important and his support or not of new arrangements will be an important factor.

When thinking how to support your daughter a good way to approach things is to “step inside her shoes”  and to try and consider how she might be seeing things. She might be excited about a new person in her life but also confused about your partner’s role compared to her father’s and she might need reassurance about this. As the relationship progresses it can be useful to explain to her what is happening. She is likely to need reassurance that her relationship with you and her father will continue in the same way. Going slowly and step by step is usually the best advice. You might start by introducing your new partner as your “new friend”, before later explaining that he is joining the family and then later that he wants to be her step-father (finding the right words that make sense to her, etc).

When starting new relationships after separation, the general advice is that it is best to tell the other parent before they find out through the children. This is especially the case when the children are going to be seeing your new partner more regularly. Depending on how well you get on or communicate, you might  either casually mention it in passing or send a text or email. Usually, the most important thing to indicate is that any new relationship will not change your daughter’s contact or involvement with her father. While these can be challenging conversations (depending on your post separation relationship), the more your ex is on board with the new relationship, the easier it will be for your daughter to form a new relationship with your partner and to include him in her life as a step-parent in the future.

Helping your partner build a relationship with your daughter

Once again the advice for step-parents is to take time to build a relationship with their partner’s children. Often the best initial focus is on “being a good friend”  or an “uncle” to the child, whereby you focus on doing fun things and getting to know them without getting too much involved in “the parenting”. As things progress, a good idea might be for your partner to take on a particular role with your daughter (perhaps taking her to a sport or activity or doing something in the home) which allows him to have some quality one-to-one time with her. Generally it’s best to initially leave discipline to the birth parents and for your partner to aim to adopt a supportive rather than an active role in discipline with your daughter. Given that your daughter is only four, you would expect that your partner might develop a more involved parenting role over time (and certainly if new siblings come along), whereas this may not have been possible with his previous step-daughter who was older and already moving to independence.

If new brothers and sisters arrive

While it is important to take things step by step, a major transition in your family will happen if you have a new baby with your partner. The arrival of a new brother or sister can bring lot of joy for the older sibling but also some jealousy and worry about sharing and being excluded, etc. This can especially be the case in step-families where your daughter might feel different to her the new arrival and will need special reassurance from you and her step-father about this. At that point it will be important to thoughtfully reconsider how to support your daughter and how to recalibrate relationships. Do seek more information and support about this if it becomes an issue in the future.

– Dr John Sharry is a social worker and psychotherapist and co-developer of the Parents Plus Programmes. He will be delivering courses on ‘Helping Children Overcome Anxiety’ in Dublin for parents on Sunday 15th April and professionals on Friday 20th April. See solutiontalk.ie for details.