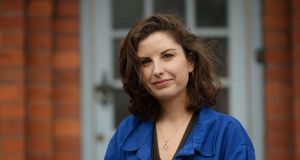 Brigid O’Dea: ‘We rely on the support of those around us, Government, policy-makers, judicial systems, to allay the inequalities life throws our way.’ Photograph: Alan Betson / The Irish Times

In his book, Prisoners of Geography, Tim Marshall details the constrains of our geographical environment and how physical characteristics affect a region’s strengths and vulnerabilities. Mountains, rivers, seas, natural borders, deserts and climate all play a role in determining the success of a nation and their relations with neighbouring states.

Geographical context is crucial in understanding our world’s economic and political affairs. A mountain range can hamper invasion. Waterbodies open trade routes. Extreme climates hinder economic growth, while an abundance of natural resources facilitate it. Some lands, it seems, are born luckier than others.

At the time of reading Marshall’s well-known text, I was also listening to the audiobook of Bill Bryson’s The Body. The latter book is ultimately a broad study of the geography of the human body. In reading both, I was struck by the parallel, that just as we can be prisoners of geography, so too can we be prisoners of biology.

The bodies we are born with, our own physical characteristics, are hugely determinate in our strengths and vulnerabilities. They influence how we experience and relate to the world around us. Bodies are political - look at the debate on the Eighth Amendment; they influence our economic success - people with a disability are less likely to be working. The 2016 Census showed that while 73 per cent of people who do not have a disability are working, only 36 per cent of those of the same age with a disability are.

I had an awakening when, aged 21, I watched a documentary about a teenage girl unjustly imprisoned for life. Her story was, it seemed, without redemption; life imprisonment followed a bleak childhood and an abusive adolescence. Up until then, I had held an almost religious belief that all lives were equal. Of course, we were dealt different hands but the value, I believed, amounted to the same. But this just wasn’t fair.

Perhaps this realisation was particularly acute because it was difficult to contemplate that as a result of my disability, I lived a lesser life than others.

Or indeed that others live lesser than I.

In fact, I am still loath to entertain this idea - a lesser life than whom? How does one measure this subjective experience? But it is hard to deny that disability has disadvantaged my life in so many ways; that I am a prisoner of my biology.

Because of my body’s propensity to severe migraine, I was left at an educational disadvantage - schooling part-time - an economic disadvantage - largely out of work - and a social disadvantage - frequently isolated. This falls in line with studies showing those with a disability leave education with less qualifications than those who do not have a disability and tend to be more isolated than their ‘able-bodied’ counter parts.

I struggle to accept how unfair this is. How much potential is not achieved because of disability and ill-health; Maslow’s Hierarchy of Needs never reaching its peak. In fact, I cannot allow myself enter into the unfairness of it. When I reflect on all I’ve missed because of ill-health, the little things, as much as the big, I’m consumed by such immense emotion it feels I will be swallowed.

Yet, a physical map of my body would be quite unremarkable. Invisible disabilities are, after all, quite generally thus. You might notice a deluge of brown moles, a legacy of my late mother, and their sister scars and skin grafts. Or, depending on appetite-suppressing/increasing effects of medication, a changing topography as contours expand and diminish. Those who know me more intimately, who have a zoomed in view, might see the bruised thighs from injected medication, the frozen Botox-forehead (another 36 injections), the swollen eyes, swollen stomach and changing pallor.

However, we will note in Tim Marshall’s book that many regions have learned to adapt to their precarious environments. Irrigation, for example, supports agriculture in arid conditions and has helped many inhospitable environments to prosper. Bridges are built, tunnels dug, borders re-drawn; physical environments are forever changing.

Equally, though we may indeed be prisoners of biology, that is not necessarily to say that we are neither without power nor incarcerated for life. Our environments too can be altered to make them more hospitable. These can be altered externally, for example, through policy and flexible working or education arrangements, or internally through medication, lifestyle and different treatment options. But no man is an island. We rely on the support of those around us, Government, policy-makers, judicial systems, to allay the inequalities life throws our way.

Eight years after watching the original documentary, the young woman was granted clemency. Injustice was righted. The prisoner was released.