My knee has recovered, and I have new runners, so I set off for Phoenix Park 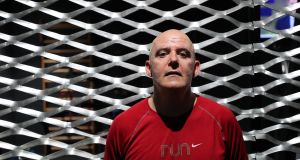 A jarred knee and a far more sober social media post slowed my sprint to 10k to a crawl as 2020 started making itself comfortable.

Days after stupidly going for a run in flat soled Converse my knee was still moaning about it. While I’ve watched a endless stream of medical dramas from Doogie Howser MD to House I am still – surprisingly – unqualified as a medical practitioner but still felt sufficiently well versed in leg physiology to self diagnose my knee as a bit f**ked.

I resolved to rest it a few days. The decision had the twin benefit of allowing me to put off buying another pair of trainers after my only other pair were either stolen or binned by a gym I will never visit again.

But eventually the pain eased and I had no choice but to go shopping for runners, a process which is as baffling to me now as it has always been. I walked into a shop dedicated to the sale of such things and was immediately confronted by walls and walls of hideously ugly looking shoes ranging in price from less than €40 to well in excess of €200. Given that it was still sale time there were discounts all over the shop so I randomly brought a pair of Adidas for €50 – down from €113.

Hours later I took them for a spin.

When I got to the bottom end of my road I looked at my fitness tracker again. It still read 4.2km. Then the stupid thing died on me

Like, I suspect, many people, I find it hard to fit exercise into my day what with work and children and the allure of Netflix and Twitter and chocolate and all the rest. But needs must and on January 6th I managed to squeeze a Little Christmas run into a small window between getting home from work and having dinner.

It was pitch black as I set off towards Phoenix Park. I have run in the park hundreds of times over many years but never in the dark and I was immediately struck by how poorly lit the place was.

As a result I stuck to the main roads and followed a circuit leading from the gate on the North Circular Road, past the entrance to the zoo and then around the polo grounds and back out onto the main road.

The circuit took me 25 minutes after which I set off for home. When I reached the top of my road – which is the longest road in Stoneybatter by some margin – I looked at my fitness tracker. It told me I had run 4.2km so I decided to run to the other end of my road and then back up to my house on the street’s halfway point in order to cross the 5km threshold.

When I got to the bottom end of my road I looked at my fitness tracker again. It still read 4.2km. Then the stupid thing died on me so I ran disconsolately home without my steps being measured which meant I was only able to estimate the distance covered and the time taken to cover it.

Later the same evening I logged on to Facebook where I had posted the first of my running articles.

Amongst the handful of comments was one from an American woman who I knew when she was a school girl in Galway. We haven’t spoken in more than 30 years and all that I know about her adult life is that she became a funeral director just outside Boston.

This is what she wrote in response to my jaunty piece about running.

“More than half of the funerals I work, starring men in their fifties, are due to heart attacks. Of course, because they think randomly attempting exercise is healthy. Treadmills, actually gyms in general, bike races and marathons, all big killers. Walking to a pub and drinking for several hours strangely, guarantees longevity. Pearls of wisdom.”

And a happy new year to you too missus.