Muiris Houston: Will we ever end the biannual clock change? 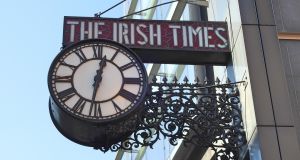 Research suggests that between October and March, daylight saving time throws off our body clocks by up to four weeks.

I hope you savoured the extra sleep-in at the weekend, courtesy of our biannual clock change. However, daylight saving time (DST) may be be coming to an end, depending on political decisions made in Brussels and here at home.

At present the plan is for time changes to be abolished in 2021; it is up to EU member states to choose between winter or summer time zones – they can keep the current summer time system or scrap the twice-yearly clock changes. Governments that opt to make summer time permanent would adjust their clocks for the last time on the final Sunday in March 2021. For those choosing permanent standard time (also called winter time) the final clock change would be on the last Sunday of October, 2021.

Personally, I can’t wait to be rid of the biannual clock tampering. DST is a recognised contributor to social jet lag. Research suggests that between October and March, it throws off our body clocks by up to four weeks – not allowing our bodies to properly adjust to the time change, especially if we happen to be later chronotypes (“late birds”). The result is increased social jet lag and reduced sleep.

In his book Internal Time: Chronotypes, Social Jet Lag, and Why You’re So Tired, German chronobiologist Till Roenneberg suggests that our sleep patterns have little to do with laziness and everything to do with biology.

The disconnect between our internal, biological time and social time – defined by our work schedules and social engagements – leads to what Roenneberg calls social jet lag, a kind of chronic exhaustion resembling the symptoms of jet lag. He likens it to having to work for a company a few time zones to the east of your home.

Different sleep cycles have evolved over time. While earlier chronotypes might have had a social advantage in agricultural and industrial societies, today’s world of shift work and constant connectivity has invalidated such advantages but left behind a social stigma around later chronotypes.

We can see this in the current zeitgeist favouring those who rise early in the morning. In his bid to become leader of Fine Gael in 2017, Taoiseach Leo Varadkar said he wanted to lead a political party “for people who get up early in the morning”. Surprisingly, he and his advisers have yet to realise that this favouring of an earlier chronotype is significantly marginalising.

Our internal clocks are regulated by the suprachiasmatic nucleus – a small region in the brain’s midline that acts as a kind of “master clock”, regulating neuronal and hormonal activity. Our biological clocks follow a circadian rhythm, around (circa) which the day (dies) revolves. It controls our hormones, when we sleep and also our core body temperature. The low point of this rhythm is between 4am and 6am.

Recently there has been a lot of interest in chronotherap/circadian medicine – the timing of treatments to maximise their efficacy and reduce the chance of causing harm. Medication timing is especially important for drugs that have a short half-life. For example, a blood pressure medicine with a half-life of less than six hours won’t stay in the system long enough to work well, if the time of administration isn’t optimal.

A recent study suggests that radiation treatment may be more effective if administered in the afternoon rather than the morning.

And if you are about to have your heart valve replaced, it may be worth prevailing on your surgeon to operate on you after lunch. Those who had surgery in the afternoon had half the risk of experiencing a subsequent cardiac event compared to those who underwent morning surgery.

If you really want to up your chances it may even be worth inquiring discretely if the surgeon is a later chronotype.

Just make sure they have dealt with their social jet lag!

A match made in kitchen garden heaven in Kilkenny
10