Fur goodness sake: Does having a pet really improve our health?

Studies abound on the physical and emotional benefits of pet ownership. But science doesn’t always back this up 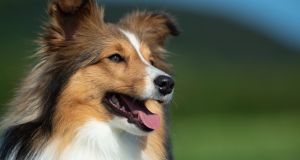 Having a pet has good and bad sides, and it may not be for everyone. Which means we have a duty to think carefully before acquiring one. Photograph: iStock

My childhood dog was called Biff. Biff was a handful. He was a loud, cocky Shetland sheepdog who oozed bravado and bravery. Yet, underneath it all, he struggled with the dog version of impostor syndrome.

Biff was a bag of masked insecurity. He was like the kid in school who says he has seen all the scary movies, but refuses to go to any sleepovers where scary movies are played; the kid who has “a girlfriend at another school”.

It was that fragile side I especially loved about Biff during my teenage years. We shared an insecurity that neither of us had the cognitive skills to put into words. This was a friendship – one that lasted as he grew older, grumpier and more infirm. He was an exceptionally licky dog, and loved nothing more than slurping his tongue over our jeans, shoes, socks and coats.

Officially, this behaviour was something we attempted to quash – but, every few nights, I would tiptoe into the kitchen and allow him to lick my naked hands and wrists to his heart’s content. For me, the sensation was tickly and calming, and never once disgusting, even though those around me told me it was not a good idea, mainly because it was highly likely that, on any given day, Biff had stuck his snout into some poor fox’s rotting cadaver.

I didn’t care. I washed my hands like a surgeon afterwards, obviously. But it was what Biff wanted. I haven’t had a dog since Biff (I’m nearly 40), and my family and I are deciding whether it’s time to get our own dog.

The good news, at face value, is this: if you are looking for proof that having a pet improves your general health, the evidence abounds. For instance, there is plenty about how a bout of pet-stroking can lower your heart rate (and the pet’s), easing your body into a less stressed condition. This seems to apply across the spectrum, from dogs and cats to snakes and goats. And there’s more.

There’s evidence from Germany and Australia (sample size: 10,000) that pet-owners make fewer visits to the doctor and, from China, that pet-owners sleep more soundly than those who aren’t.

Just last week, the American Heart Association reported that the survival prospects for people who have had heart attacks and strokes are better in dog-owners than in those who are not. There are other bonuses to having pets, especially cats and dogs. Scientists suspect that by roaming the wild and bringing novel bacteria back into our houses, some pets may introduce our immune systems to pathogens we would not otherwise meet, allowing pet-owners (and particularly children) a chance to increase their resistance, while potentially reducing the chances of allergies in later life. A 2015 study investigating the fungal and bacterial communities of 1,200 homes in the US, for instance, found that the presence of dogs and cats led to more variety in 56 and 24 classes of bacterial species respectively. This may explain another study suggesting that exposure to dogs early in a baby’s life may make them 13 per cent less likely to develop asthma

You could also argue that pet ownership helps us to feel better about ourselves. A loving owner can give an animal a far better life than it otherwise would have had: always-friendly faces, constant compassion, cuddles and hands to lick late at night – not just to help pathogenic resistance but just because it makes both parties happier, warmer and more contented residents of planet Earth.

That was what Biff and I had. Two species, both with equal rights to the same shared, loving home. Connection.

This stuff is hard to measure, but research has shown that dogs and cats see a spike in their levels of the “love molecule” oxytocin when interacting with their owners. If they feel so much affection for us, we must be doing something right. So far so good: it really does seem there’s some truth to the claim that pets are good for us. But closer inspection reveals some problematic and murkier truths. As many academics have pointed out, other factors contribute to our general health – income, for instance, which is inherently linked to pet ownership because pets cost money.

Bluntly, the truth behind some of these studies may simply be that those with more money can, on the whole, afford the luxuries of good health and pet ownership. One large-scale study in California involving 5,200 families failed to find a relationship between owning a pet and overall health after correcting for income and the affluency of the local neighbourhood. Other studies have had similar results. And some even suggest pets are bad for us. One study of 21,000 people in Finland, for instance, suggested that pet owners are more, not less, likely to have higher blood pressure and cholesterol levels.

If you really want to go there, there are some pretty alarming downsides to pet ownership. In England, for instance, between 6,000 and 7,000 people are admitted to hospital for dog bites each year. Tripping over pets is another potential danger – each year, this sends an estimated 87,000 people to hospitals in the US, particularly elderly people.

And what of the parasites that pets bring into the house – the fleas, ticks and mites? And the potentially fatal diseases they can transmit to humans, from pathogens such as salmonella (from reptiles) and capnocytophaga that can be passed to humans in cat and dog saliva? For many people, the answer to whether pets are good for us is clearly no – although, to be fair, you are far more likely to be exposed to disease or violence by another human than by a dog, cat or pygmy hedgehog.

There are emotional downsides, too. One of the often forgotten aspects of pet ownership is having to care for animals into their old age, sometimes dealing with diseases that last months or years. Assuming you are a responsible pet owner, who takes this as seriously as you would caring for a human family member, this is a heavy emotional burden. A 2017 study involving 238 human participants found that pet owners with chronically ill pets had higher levels of stress and anxiety, coupled with a lower quality of life.

And after death? My guess is that a family grieving for their recently dead cat is not going to appear in an advert for Pets at Home any time soon.

But there is probably no more damning indictment of the idea that pets always make us happier than the fact that so many of us get an animal, only to give them up weeks, months or years later.

You need only scour dogsofinstagram for a few moments to see how often certain dog breeds are viewed as lifestyle accessories rather than living, breathing animals with greater needs than colour-coordinated doggy pop-socks and collar. If we were able to put all these pros and cons into a melting pot and come up with a definitive answer to the question of whether or not pets are good for us, what would the answer be?

The answer would be . . . complicated.

Because humans and our circumstances are so universally mixed up and complex. The simple truth is that having a pet has good and bad sides, and it may not be for everyone. Which means we have a duty to think carefully before acquiring one. We need to imagine the good times we might have with a pet and to consider the bad times, too: the insecurity, the grumpiness in old age, the infirmity.

I think I have talked my way out of having a dog. If so, that’s okay. Loving animals doesn’t mean you have to have one.

Ask not what a pet can do for you, but what you can do for a pet. – Guardian