Why you should get the flu vaccination early this year 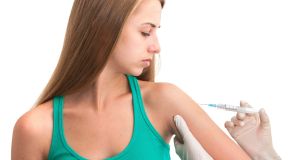 Just because you have never had the flu before doesn’t mean you won’t become infected this year or in the future.

As I type this column, my left upper arm aches. Not because of a massive word output in the last few hours, I hasten to add, but because I had my annual flu vaccine yesterday.

Apart from some injection site swelling and a moderately sore arm, I feel fine. Which is pretty much how I respond every year, it has to be said.

The flu vaccine is very safe. It’s about 60 per cent effective, and because of rapid changes in the make up of the common flu viruses, it has to be given annually. But this year there is some additional advice – vaccinate early (but once a year is still enough!).

A good indicator of how our winter influenza season might play out is to see how Australia fared during its just-completed flu surge. Our Antipodean cousins are welcoming some spring weather at present, with weekly flu statistics showing the end of the flu season is in sight.

It’s been an average season; some 662 people died from the flu with more than 270,000 infected. But there was one standout difference this year – the annual Australian influenza outbreak started in April, two months early.

For years, the annual vaccine had three components; this year, we will be using a quadrivalent jab, with two influenza A subtypes and two influenza B components. The actual make-up for the Northern Hemisphere shot is decided in February by the World Health Organisation (WHO).

A similar early start to the flu season as occurred in Australia would have flu cases in Ireland soaring in November and possibly peaking some time before Christmas, instead of in the more typical first few weeks of the new year.

And another indicator of what may happen is the WHO has confirmed that Australia’s early start to the flu season had been matched in South Africa, Chile and New Zealand.

There is strong evidence that influenza is associated with higher rates of complications and hospitalisations in people living with chronic diseases compared with the rest of the population.

For example the probability of hospitalisation for influenza is three times higher in people with diabetes. For those with cardiovascular disease, respiratory infections caused by influenza viruses increase the risk of stroke and heart attacks between three- and five-fold in the three days following the onset of flu.

So for those of us with a chronic disease, getting immunised sooner rather than later is a no-brainer.

Health professionals also need to step up to the mark. Because they are an obvious source of flu infection for sick vulnerable patients, it remains something of a mystery that, historically, a little over 50 per cent of doctors, nurses and other healthcare workers avail of an annual flu jab.

There are a number of enduring myths around the flu.

Here are a couple of ‘unhealthy’ influenza yarns I hear on a regular basis:

1) I have never had the flu, so I don’t need a flu shot. Just because someone has never had influenza doesn’t mean that person won’t become infected in the future. Healthy people can become infected and critically ill with influenza.

Please get your flu vacc early this year!

Read: What you need to know about flu season