Should we let her go out with the girls, even though they are drinking under-age and going to pubs? 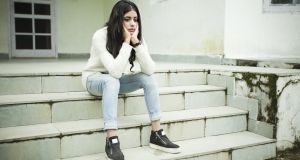 “You want to protect your daughter from early drinking, but you also have to teach her to handle these pressures herself and to make her own decisions about peer pressure and fitting in.” Photograph: iStock

Question: My husband and I are strict with our 16-year-old daughter (the eldest) about going out at the weekends, etc. There is a big drink culture amongst teenagers in our area and a lot of her friends/peer group socialise in the pub or drink in each other’s houses (which my husband and I don’t agree with). As a result, my daughter does not go out and a lot of the girls who she had been friendly with have moved on and left her behind.

I’m wondering now if we should let her go out more with the girls at the weekend, even though most of them seem to be drinking under-age and going to pubs.

She will be 17 in three months.

When approaching this dilemma, we should bear in mind that the long-term goal of parenting is to prepare our children to be independent, responsible adults who make their own decisions. This means at some point we have to hand over the ‘reins of control’ to our teenagers.

In my experience, it is best to do this in a gradual step-by-step way, rather in an all-or-nothing way. In my career, while I have met many teenagers who have been given far too much control at too young an age, I have also met many who were over-protected, who then went ‘off the rails’ when they finally left home (as they had no skills in handling things by themselves).

You want to protect your daughter from early drinking, but you also have to teach her to handle these pressures herself and to make her own decisions about peer pressure and fitting in, etc. It is best if she is gradually given more and more freedom with your support and supervision, so she can begin to make decisions and learn from her mistakes with you there to support her.

Rather than having a simple rule that she does not go out at the weekends, take time to negotiate and talk through the issues with your daughter. Below are some steps to follow

Listen to your daughter

Take time to listen to your daughter and explore what she really wants for herself. It is great that she has been able to tell you about how lonely she is and how she might feel isolated in her peer group. However, hard as it is to hear, it is always best when teenagers can tell us what is on their mind – it is really important to take time to listen.

Rather than giving advice, a good approach is to encourage your daughter to think through the issues for herself by asking good questions. Is the issue that she wants to go out drinking or is it that she would simply like more friends to go out and socialise with? Are there options for her to socialise at the weekend where there is no drinking? Are there other kids in the school like her, who could be potential friends who she could go out with? Are there other activities and social groups in the area?

You can also use questions to explore safety and to encourage her to be critical about the drinking culture – does she think you have to drink to have a good time? What are the dangers of drinking? Does she think it is right for someone to be pressured into drinking? If she did go out, how can she say no to drinking? Or if she starts to drink when older, how can she ensure she drinks safely and in moderation?

After exploring the issues, try to negotiate a plan that you are both happy with. For example, you could agree to support her socialising in non-drinking groups at the weekend (and you might be able to fund this by paying for classes, giving lifts, etc). Or you could agree to her joining the groups who are drinking but only after you have agreed a plan as to how she might stay safe and not drink (or this could be negotiated as a future step). Your daughter, of course, may have already moved on from this group herself, so identifying a new friendship group might be best for her. At nearly 17, the goal is to encourage her to think out and make these decisions for herself and your role is to be there as a good listener and supporter.

One thing that struck me reading your question was the acceptance that there was a “drink culture” out there for teenagers. I wondered how come the parents in the area are supporting this. How can teenagers be getting into pubs to drink as minors? Surely those pubs should be reported? The minimum drinking age is there to protect teenagers and should be enforced.

In addition, I wondered about the wisdom of parents letting their teenagers drink in homes or not supervising them enough to let this happen under their noses. It might be worth starting a debate about this in your area. Perhaps it is something the school could do by perhaps having a parenting talk on the subject or doing some input with the teenagers on safety and peer pressure. Perhaps you could suggest this. Creating a safe environment that delays teenagers’ involvement in drinking can be really helpful to them as they grow up.

John Sharry is founder of the Parents Plus Charity and an adjunct professor at the UCD School of Psychology. He will deliver a parenting seminar in Dublin on Promoting Positive Self-Esteem in Children and Teenagers on November 28th at 8pm. See solutiontalk.ie for details

‘I have become a shouter, and I am worried it is damaging my children’
6