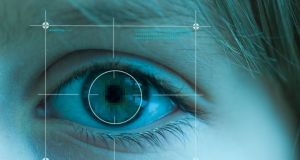 In August 2018 the world’s media described a “jaw-dropping” breakthrough in medical research: computers could read and diagnose complex eye scans on more than 50 different eye conditions as expertly as top ophthalmologists.

The potential for rapid diagnosis and prompt sight-saving treatment for patients is immense . . . and it stems from Irish eye consultant Pearse Keane’s “lightbulb moment”.

Microbiologist Louis Pasteur (1822-1895) observed that “chance favours the prepared mind”, and Keane’s was prepared to blend technology with clinical expertise when the opportunity arose.

Keane explained to The Irish Times both the technique and the story behind this potential game changer in the diagnosis and treatment of eye disease.

“I’m a consultant ophthalmologist at London’s Moorfields Eye Hospital, where I specialise in treating sight-threatening diseases such as age-related macular degeneration (AMD) and diabetic retinopathy.”

Keane, who is also a clinical academic at University College London Institute of Ophthalmology, says AMD is the most common cause of irreversible blindness in Ireland and the UK: “It’s a privilege to work on the diagnosis and treatment of AMD at a place like Moorfields, the world’s oldest eye hospital.”

Even as a medical student at University College Dublin, Keane had already settled on a speciality: “Ophthalmology was technology-driven, which attracted me, and midway through medical school I read about a ‘bionic eye’ developed by Dr Mark Humayun, then at Johns Hopkins University in America.”

In 1999 Keane wrote to Humayun, who invited him to Baltimore to work on the project: “From that point I wanted to combine patient care with research into new diagnostics and treatments.”

Keane’s ophthalmology training began in Cork and Waterford: “I was privileged to work for Prof Philip Cleary, one of Ireland’s leading eye surgeons. He acquired an early version of an imaging system called optical coherence tomography.” OCT imaging, explains Keane, is like ultrasound but measures light wave reflections rather than sound wave echoes, providing high-resolution images of the retina at the back of the eye. OCT is the world’s most common eye-imaging technique, and at Cork University Hospital Keane realised its research potential. “From 2007 to 2009,” adds Keane, “I worked at the Doheny Eye Institute in Los Angeles with some of the technology’s inventors and developed expertise in this area.”

Moving to Moorfields in 2010, in 2015 Keane attracted funding as a clinician-scientist from the UK’s National Institute for Health Research: “Put simply, I like to identify exciting new technologies – such as virtual reality, artificial intelligence, or smartphone digital technologies – and consider possible medical applications.”

This led to a collaboration between Moorfields and (Google) DeepMind, a world-leading artificial intelligence (AI) company – with strong links to London and the UK – founded in 2012 and acquired by Google in 2014, reputedly for £400 million. “DeepMind views itself as a research organisation, and its long-term mission,” notes Keane, “is to apply AI to make the world a better place. In 2015 DeepMind published a seminal article in the journal Nature showing how an AI system could teach itself to play more than 40 different Atari video games.”

Keane’s mind was now prepared for his lightbulb moment in July 2015, while reading about DeepMind’s work in the magazine Wired UK: “I contacted Mustafa Suleyman, a DeepMind co-founder, on the website LinkedIn – paying one month’s subscription so I could message him! – outlining our problem of dealing with huge numbers of patients with sight-threatening eye diseases both here and abroad. I felt that DeepMind’s AI could be applied to diagnosing retinal OCT scans.”

London-based Suleyman’s mother was an NHS nurse, so he knew about Moorfields and quickly answered Keane’s message. In July 2016 Moorfields and DeepMind signed a formal collaboration agreement, using AI to interpret about one million anonymised Moorfields eye scans.

“It was very exciting,” recalls Keane, “when we published the first results of the Moorfields-DeepMind collaboration in August 2018 in the prestigious journal Nature Medicine. In this article we demonstrated an AI system that can assess more than 50 different retinal diseases on OCT scans and make a diagnosis and referral decision which is as good as the world’s leading eye doctors. After all our hard work, it was tremendously exciting to see the work featured in global media, often on the front pages of national newspapers.”

The breakthrough even had UK prime minister Theresa May commenting on the cutting-edge nature of their work.

Keane considers this work as a first step, showing a proof-of-concept that the algorithm they developed works well. Formal clinical trials are now being planned at multiple centres to confirm its effectiveness before applying it in clinical settings.

“Our next goal,” explains Keane, “is to use the system to diagnose eye disease in millions of people around the world every year. This could confer huge benefits for patients because all the evidence suggests that early detection and diagnosis of eye disease allows earlier treatment that can prevent people from going blind.”

Keane anticipates the eventual transformation of all healthcare by AI, with huge potential benefits for patients: “It’s very exciting that ophthalmology is the medical specialty leading the way in this regard. I firmly believe that Irish medical training and doctors are some of the best in the world, and I hope that we can also lead the way in how AI is applied to healthcare.”