Medical argot, beloved by the profession, can stray into unacceptable territory when carelessly applied to patients 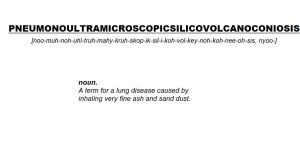 Some medical language is insensitive and it can be dangerously confusing. And yet it retains a magical hold over us practitioners.

Rise up readers. Push back patients. It’s time for the populace to challenge the world of medical terminology. Time to face down its many “isms” – from age to stigma to sex.

In a feature piece in the Guardian, Justine van der Leun wondered why women have an “incompetent cervix” and a “blighted ovum”, while men merely have “premature ejaculation” and “erectile dysfunction”, not “inadequate testicles” and “futile penis”?

Some medical language is insensitive and it can be dangerously confusing. And yet it retains a magical hold over us practitioners. I have an especially soft spot for eponymous diseases, in which the nomenclature honours the discoverer of the condition. While generally not derogatory, the practice is becoming unfashionable.

For example, Huntington’s chorea, named after physician George Huntington who described the condition in 1872, is characterised by jerky, random, and uncontrollable movements. Chorea is Greek for dance, and in my view is a kinder nomenclature than that given to another form of chorea, St Vitus Dance (a reference to manic dancing traditionally performed on the saint’s feast day).

Cretinism is a stigmatising term used to describe congenital underactivity of the thyroid gland. The alternative, hypothyroidism, while still obscure for the non-classicist, is at least an accurate description of the disease process. I’ve never been a fan of the labels epileptic, schizophrenic or even diabetic, which I consider at least mildly derogatory. And demented, as a term for a person with dementia, is completely beyond the pale.

In his book, The Secret Language of Doctors, Brian Goldman, host of the Canadian Broadcasting Corporation’s radio programme White Coat, Black Art cracks the code of hospital slang and takes readers behind the medical curtain. “If you want to understand the culture of medicine, you should pay attention to how doctors and other health professionals talk,” he says.

In other words, if you listen to their slang you will learn a lot about doctors’ attitudes towards patients, situations they find frustrating and problems they have with each other.

Goldman notes that a more accurate term for medical slang is argot. A French word, argot is defined as “a more or less secret vocabulary and idiom peculiar to a particular group”. The purpose of argot is twofold: to prevent outsiders understanding what you’re talking about, and to create a bond between teammates or colleagues. As an informal nomenclature, argot is used in sport, hobbies and particular occupations.

In his 1862 novel Les Miserables, Victor Hugo described argot as “the language of misery”. Goldman feels this is significant in a medical context, as junior doctors work some extraordinarily long hours in challenging conditions. In other words, while some of the terms are derogatory, they must be understood in the context of a black humour seen as necessary to survive the many human tragedies laid bare in hospital practice.

So when aimed at fellow practitioners – as in the “gassers” (anaesthetists) and “slashers” (surgeons) looking down at the “Freud squad” (psychiatrists) – medical argot may be acceptable. But it can too readily stray into unacceptable territory when carelessly applied to patients.

How would you feel if, as someone who visits a hospital emergency department often, you were labelled a “frequent flyer”? Or if your medical notes referred to “dyscopia” a mock-Latin term, meaning “failure to cope”, a reference to you having a difficult time emotionally?

Another mock-Latin phrase, “status dramaticus”, refers to overly anxious patients who believe they are at death’s door. The term plays on status asthmaticus, a severe and life-threatening asthma attack.

Medicine is also over fond of three-letter abbreviations which end up being unintentionally confusing for doctors. If your notes refer to GBS, have you Guillain- Barre Syndrome or are you infected with a group B streptococcus?

Perhaps, when doctors lapse into jargon, patients should ask for an interpreter. Or is it okay for medics to keep their argot?

Irish family stuck in Cyprus: ‘We hope our flights home are cancelled’
7