Mental health: Lifting the spirits on the farm 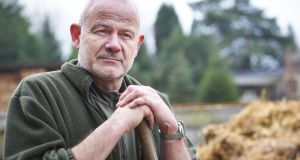 As farmers get older and the toll of work gets on top them their productivity suffers, they earn less and may become more isolated

‘You will never know how many you have saved.” This was the opening line of a lecture given by a wise psychiatrist about suicide and the deaths that can be prevented by a timely word, deed or act of kindness. I was reminded of this when I heard John Connell Talking to Ryan Tubridy on the Late Late show.

John Connell, a writer and farmer, had written about his own depression in the farming papers and had subsequently been interviewed by Ryan on his radio show.

A man who was on his way to end his life had heard the interview on his car radio, and had been moved to turn back and seek help for his depression. Connell and Tubridy had between them undoubtedly saved one life and probably more and I felt proud of them. And I also felt proud of the professions of writing, broadcasting and medicine that give us the privilege of affecting lives in a positive way .

I regularly get asked about mental health issues on my radio slot on Tipp FM, and it is always gratifying when you hear that you have made a difference, sometimes many years later. It is a feeling that health professionals and media people can sometimes share, and it is a good one to have.

After seeing The Late Late Show I just had to buy John Connell’s The Cow Book.

It has a great title, and while it does deal enjoyably a lot with cows, bulls and calves, it has a greater scope. It is also an account of a young farmer’s winter turning to spring; with a touch of James Herriot and a dash of Michael Harding and all in a style of modern nature writing that befits a Granta book .The memoir is also the story a young man who has had several careers finding his way and his passion through his love of the land. It evokes the mud and the wind, the smell, sounds of the byre, and the dynamics of a small family who live on the farm

Mairead Lavery is a journalist and farmer who does the farming slot on Seán Moncrieff’s Newstalk show. To me she embodies the authentic voice of rural Ireland. I recently heard her reporting on this long wet winter which has lasted since last August, the plight of farmers in their 50s who feel their knees, backs and hips wearing out, the difficulties of arranging succession for a farm that has been in the family forever, and the effect on those farmers who realise that they are probably the last of their kind.

There is often much joyful appreciation of rural life in her broadcasts as well but on this occasion she was citing a report from the Men’s Health Forum in Ireland and the HSE which identified middle age, isolation and living in the country as increased risk factors for suicide in men.

As farmers get older and the toll of work gets on top them their productivity suffers, they earn less and may become more isolated. Lavery has all the talents that people look for in a good doctor. She has a sound knowledge of the facts and evidence, identifies problems accurately, communicates them well and she has great integrity. You know that she is neither a gombeen politician nor a puppet of big business. John Connell and Mairead Lavery understand rural Ireland. They can put into context the difficulties of lambs dying the fields and fodder shortages and their effect on a farmer.

Many farmers can’t talk about their problems. Organisations like the Men’s Shed movement and Mind Our Farm Families (which is a phone line and counselling service run by the IFA and Pieta House) know that you don’t tackle these things by staying silent.

Neither rural life nor urban lives are now easy and both need skill, planning and good will just to get by in this strange modern world.

Like many Irish people I am just one generation from the land .My grandfather’s farm had many people working on it and was a sustainable enterprise that supported a small community and helped support a bigger one with employment and food. Now a big farm like that may support only one person, who sits in a tractor all day. Sometimes the only voice he hears is on the radio in the cab. If the radio programme entertains, educates about mental health issues and makes people feel that they are not alone, then it is truly something to be cherished and encouraged.