ADHD at 38: ‘Even when I’m sitting still, my brain is bouncing’

‘If something is not stimulating to me, it’s hard for me to connect. I hate mundane things’ 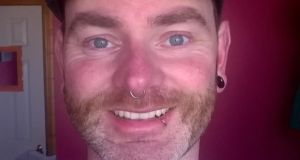 As a mature student at UCC, John Doyle is all too aware of the challenges that face him, now that he has been diagnosed with attention deficit hyperactivity disorder (ADHD).

But the Tralee-born first-year student, who also works as a theatre director in Cork, doesn’t see his condition as a disorder.

“It’s a brain type,” asserts the 38-year-old law student. “I think we need more diversity in the area of cognition. I was asked if I want to take medication for ADHD, but I don’t. I love having ADHD. I live by extremes. But I’m not unstable or anything like that. Some people may frown at me for things I’ve done like taking drugs. But it’s all part of me. Certainly, the drugs were self-destructive and I wouldn’t advise anyone to do drugs. I was being very curious.”

What prompted John to get a diagnosis was seeing a Ted talk by an American theatre practitioner, Stephen Tonti, last year. “Looking at this guy was like looking at myself. He was talking about things like ‘hyper-focus’. He could work a 15-hour day with three hours sleep. He’s very animated and very charismatic. People tell me I’m charismatic.”

Some years ago, a friend of John’s was diagnosed with ADHD in his 50s. “He had quite a big emotional reaction to his diagnosis. But at the time, I couldn’t understand why he reacted like that. After I got my diagnosis, I rang my friend and apologised for judging him.”

Looking back, John says that he has always been “hyper with an unquiet brain. I can only presume I had ADHD as a child. When I told my mother about my friend’s diagnosis, she said that she often wondered if I had it.”

John says he can only speak from his own experience. “I’ve always been hyperactive. Even when I’m sitting still, my brain is bouncing. I get about three or four hours’ sleep a night.”

John doesn’t see his condition as impacting on him negatively. “But I knew it would impact on me academically. I’m not studious at all. I despised school (failing the Leaving Certificate). To get me to sit down is a challenge. I did some reading into ADHD and found out that it causes huge problems academically, in terms of retaining information.”

When he was doing his first essay assignment at UCC, John was in the library with his laptop. “I was reading the questions. I knew what was required, but it was like there was a barrier between me and the laptop. I was trying to reach through the barrier to get the information out and process it. But I found it hard to get through the barrier. I had only been diagnosed a few weeks before, but not formally diagnosed. But I knew I had it. I said it to the lecturers in UCC. They have been absolutely amazing.” (A psychiatrist gave John the formal diagnosis of ADHD late last year.)

John got 42 per cent for his assignment. “I don’t think anyone has been so excited to get 42 per cent. The assignment was about a case involving Travellers in Limerick. It was really interesting but a huge challenge for me.”

Another problem for John is his “fluid approach to time, which is quite common with ADHD. I could be up three hours before I need to be somewhere. But I’d still be struggling to be on time.” (John turned up at the appointed time for this interview, spoke at great speed, but sat relatively still apart from gesticulating frequently with his hands.)

Ironically, John’s latest play is about the concept of time. “Time management with ADHD can be a challenge. A very good way of describing it is that you feel like you’re wading through three feet of water. That’s how a guy on YouTube described it.”

John says his brain is wired in such a way that he needs “constant stimulation and gratification. If something is not stimulating to me, it’s hard for me to connect, like doing the everyday things. I hate mundane things. We all have to do mundane things though.”

Because John had to wait until he was officially diagnosed with ADHD by a specialist, he spent most of the first semester at UCC without the tools that the disability office there has to offer. “I got some help just a few weeks before the first semester exam. But I had to defer the exam until autumn this year because I didn’t have the official piece of paper in time, saying I had ADHD.”

For his diagnosis, John was asked if he had taken drugs in the past. He was also asked about his daily life and organisational skills. John now has the support of the disability office at UCC. “There’s also the Skills Centre in UCC which I find good. I think my saving grace though has been the mature students office plus the fact that I’m doing a show.”

Even though the show will be staged close to his first year exam dates, John is unfazed. He likes multi-tasking and says he needs the excitement of theatre. But the thought of studying for a degree in a law is something that can overwhelm him. He doesn’t plan to practise law, although he is interested in human rights and has worked with refugees. “I’d love to work in conflict zones. But I’ll probably go back to theatre full-time because it satisfies me.”

John says he is more self-aware now and tries to think before “blurting things out”. He is unapologetic about who he is. “I don’t get depressed but I can get frustrated when my brain is trying to grasp something.”

It is believed that ADHD is not an adult-onset disorder and can be verified from a review of childhood behaviours, according to HADD Ireland. An assessment may look back on childhood behaviour including school reports of inattentiveness, behaviour problems and underachievement as well as discussions with parents as to any childhood symptoms or family history of ADHD.

This would be in addition to obtaining a complete self report from the adult themselves of their symptoms. Other tests would be carried out to determine any medical or neurological illnesses of specific learning difficulties.

Drug treatments seem to be a very effective part of the management of ADHD in adults. Behavioural treatment approaches are also strongly recommended for the treatment of adults with ADHD symptoms.