VAT and other costs, plus staff shortages, contribute to unprecedented shutdown rate 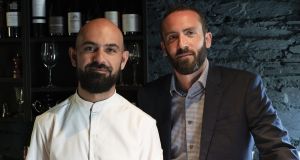 Ireland’s struggling restaurant industry was dealt another blow on Thursday when it was announced that the Michelin-starred Mews in Baltimore, in west Co Cork, has closed.

The restaurant, set up in 2015 by three friends, Robert Collender, Luke Matthews and James Ellis, was one of three Co Cork establishments to earn Michelin stars in October 2018, and it retained it 12 months later.

Collender, the only one of the founding trio still actively involved in the business, confirmed that the seasonal restaurant, which served a tasting menu of locally sourced ingredients for €95, will not reopen in 2020, having closed for a winter break at the end of August last year.

“It’s been a long time coming, to be honest,” Collender said. “My lease is due for renewal, so a decision had to be made.”

Although a vociferous critic of the Government’s decision to reintroduce the 13.5 per cent VAT rate for restaurants, Collender said a number of reasons were behind his decision to close.

“There is no one particular factor, but probably the biggest is the extreme seasonality of where we are. It’s just two months, really, and the height of the season is August.”

Ahmet Dede, head chef at Mews for the past three seasons, is currently on holiday in Turkey; he saw the announcement that the restaurant would not reopen on social media. But it did not come as a complete surprise. “I was accepting that this was going to happen,” he said .

Dede, who previously worked at the Greenhouse and Chapter One in Dublin, now plans to open his own restaurant in Baltimore, which he says he now considers home. “I am working on my own business project there and plan to have it up and running this season.”

The closure of Mews comes at the end of one of the most turbulent weeks the Irish restaurant industry has seen. The reintroduction of a 13.5 per cent VAT rate for restaurants, and increases in rents, rates and insurance, along with staff shortages, have all posed problems for the industry over the past 12 months. In the past week there has been a furious reaction from the sector to the Government’s plan to introduce calories on menus.

Adrian Cummins, chief executive of the Restaurants Association of Ireland, acknowledged the deluge of recent closure announcements at the launch of the Irish Restaurant Awards 2020, in Dublin on Wednesday.

“We have seen some casualties in the first few days of January. I know of eight restaurants that have closed,” he said. That number continues to rise at an alarming rate. Fallon & Byrne shuttered its Rathmines branch on January 2nd. A week later the owners of Amuse, the high-end Franco-Asian restaurant on Dawson Street in Dublin, also confirmed their decision to close.

In Co Cork, Mews is not the only restaurant to go out of business this month. Richy’s, and Deasy’s, both in Clonakilty, have also closed and Arundel’s By the Pier, in Ahakista, will close on January 18th.