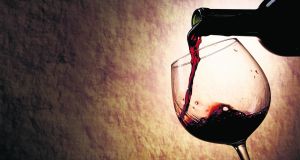 The proposed new limits – based on an analysis of data from nearly 600,000 drinkers in 19 countries – are significantly lower than the HSE’s current guidelines.

Irish drinkers who stick to HSE limits on alcohol consumption may still be putting their health at risk and anything over a bottle of wine or five pints a week could lead to an an earlier death, according to research published this morning.

The report carried by The Lancet says recommended alcohol limits should be lowered to no more than 100g of alcohol, which equates to 10 standard drinks a week for both men and women.

The proposed new limits – based on an analysis of data from nearly 600,000 drinkers in 19 countries – are significantly lower than the HSE’s current guidelines.

The international team of researchers analysed data taken from 83 studies in high-income countries and found an increase in all causes of death once more than 100g of alcohol is consumed each week.

In comparison to those who reported drinking less than 10 standard drinks (or five pints) a week, those who said they consumed between 10 and 20 per week, 20 and 35 per week, or more than 35 per week had an estimated lower life expectancy at the age of 40 of approximately six months, between one and two years and, four to five years, respectively.

“The key message of this research for public health is that, if you already drink alcohol, drinking less may help you live longer and lower your risk of several cardiovascular conditions,” said the report’s lead author Dr Angela Wood of the University of Cambridge.

“Alcohol consumption is associated with a slightly lower risk of non-fatal heart attacks but this must be balanced against the higher risk associated with other serious – and potentially fatal – cardiovascular diseases,” Dr Wood said.

Read: Prof Frank Murray: It’s time to put the facts where they belong – on the bottle