What’s the big deal with sake?

Closer to beer than wine in production, the Japanese favourite offers a world of taste 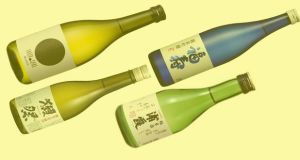 Sake has been produced in Japan for millennia. But Interest outside of Japan has exploded over the last decade, especially in top restaurants.

Sake opens you up to a different world of tastes and flavours. It is a drink quite like no other, subtle, sometimes fragrant and fruity, at other times rich and almost funky. It has been made in Japan for millennia. Interest outside of Japan has exploded over the last decade, especially in the top restaurants of London, New York and elsewhere. Here in Ireland, we began to show interest during the Celtic Tiger years, but it is only recently that wine importer Colly Murray set up Retrosake (sake.ie), and began to import quality sake. He now has a portfolio of more than 40. He treated me to a fascinating tasting in Dylan McGrath’s Taste, where diners can chose from a huge selection.

The word “sake” means alcohol in Japanese; rice wine is called nihonshu, but is labelled as seishu. Made by brewing a special strain of rice, it is technically closer to beer than wine. The rice is steamed and injected with a special fermentation culture known as koji. It reaches 14-20 per cent alcohol, but is usually diluted with water to about 15 per cent alcohol. It can be dry or sweet; the nihonshu-do on the label gives an indicator of sweetness. Sake does not mature with age (although Koshu sake has been aged in a tank prior to bottling). The classification system is complicated; it makes wine nomenclature look like child’s play. Cheap sake (futsuchu), which makes up 70 per cent of the market, contains additives, including alcohol and sugar. Junmai meaning “pure rice”, is sake made from polished fermented rice. Honjozo has a little brewer’s alcohol added to the fermenting rice.

With premium sake, the rice is first polished to remove the outer bran and proteins, losing 30 per cent or more of its original size. Daiginjo sake has had 50 per cent removed through polishing. The more you polish, the more elegant and refined the sake becomes (and more expensive too!). All premium sake is vegan, free of lactic acid and contains no additives.

Sake can be served warm, cold or at room temperature. It depends on your preference, although heating inferior sake can be a way of masking the flavours. Many aficionados will drink it warm in winter, cold in summer, and their finest at room temperature or very lightly chilled. An opened bottle will keep in the fridge, but should really be drunk within a few weeks.

Restaurants in the West (including Chapter One and The Greenhouse in Dublin) often serve sake during a meal. The Japanese prefer to drink it as an aperitif, with sashimi and lighter canapes or with starters. As many sakes have plenty of umami, they open up opportunities for all kinds of food. If all of the above seems a little confusing, take heart; the best way to learn is to drink it. The following sakes are not cheap, but they are fascinating, complex drinks and well worth trying.

A sake of great finesse, textured and fruity – lychees and pears. Refreshing and completely charming.

Enter.sake is a collection of sakes from techno musician and DJ Richie Hawtin, something of a sake fanatic. This is very concentrated, with a velvety texture, and full of savoury umami and pineapple fruits.