Beerista: Most beer lovers seem happy to pay extra for a quality product, but is Hazy IIPA, made by Danish brewery Mikkellar from its Oregon Fruit series,worth it? 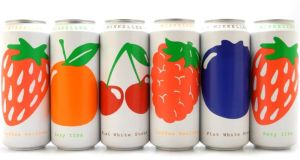 Mikkeller Hazy IIPA: the Danish double IPA, from the Oregon Fruit series, looks more like a can of orange juice

Like most fans of good beer, I’m happy to fork out a little extra for a quality product – but how much, exactly? Not €10 a can, I have decided, after buying one the other day by mistake, realising only when the man at the till said he hoped it was worth it. And was it?

I’ll get to that in a moment, but first it is worth noting there are a few general reasons why a beer can be more expensive. Higher alcohol means higher tax, so anything “imperial”, “double” or “triple” will always cost more. Heavily dry-hopped beers are greatly in demand but are pricey for brewers to produce, particularly because the hops soak up lots of beer in the process, reducing the amount that’s left to sell. Speciality ingredients for one-offs or seasonal beers tend to be more challenging to source and can also drive up prices. And, finally, if a beer takes longer to make, such as a barrel-aged variety, you’ll pay more for it.

The €10 beer I bought was made by the Danish brewer Mikkeller, a brand not generally known for its bargain prices, and came in a 440ml can. Described as a hazy tangerine IIPA (or double IPA), it ticks the box for higher alcohol content, at 8.3 per cent. It’s also a speciality beer, part of Mikkeller’s Oregon Fruit series, with eye-catchingly designed packaging that makes it look more like a can of orange juice.

It has sweet orange on the aroma, is less hoppy than you might expect for a double IPA, and pours with a very light haze. Overall, there’s more of a vinous quality to this beer, with a low carbonation.

I liked it the more I drank it – and the alcohol heat built – but was it worth €10? I’d have to say no. I’ve tasted more mind-blowing beers that cost a lot less.