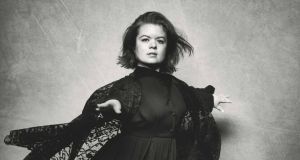 Meghan Markle has chosen Sinéad Burke as one of her cover stars for the September issue of Vogue magazine.

The duchess of Sussex, who is guest-editing the British fashion bible’s most important issue of the year, has brought together 15 women whom she regards as “trailblazing changemakers, united by their fearlessness in breaking barriers”.

The Irish diversity advocate appears alongside the actors Jane Fonda and Salma Hayek Pinault, the climate-change campaigner Greta Thunberg, the writer Chimamanda Ngozi Adichie and Jacinda Ardern, the prime minister of New Zealand, among others.

“I’m so very proud, incredibly honoured and humbled to be one of the fifteen Forces for Change featured on the cover of @BritishVogue’s September issue,” she tweeted, adding: “I’ve been collecting the September issue of Vogue for as long as I can remember. They were my gateway to a world that I couldn’t visualise myself within. Those September issues still line my bookcases at home and now, I’ll get to add one more to that collection! Bananas.”

Vogue last year named Burke as one of the 25 most influential and aspirational women working in Britain, and she is now one of the magazine’s contributing editors.

I’ve been collecting the September issue of Vogue for as long as I can remember. They were my gateway to a world that I couldn’t visualise myself within.

Those September issues still line my bookcases at home and now, I’ll get to add one more to that collection!

The 15 cover stars have been photographed by Peter Lindbergh and styled by British Vogue’s editor-in-chief, Edward Enninful, and contributing fashion editor Grace Coddington.

A 16th spot on the cover is a mirror that aims to include readers and encourage them to use their own platforms to bring about change.

Highlights of the edition include a candid conversation between Markle and the former first lady of the United States Michelle Obama, and an interview between the ethologist and primatologist Dr Jane Goodall and Markle’s husband, Prince Harry, the duke of Sussex.

Markle says: “These last seven months have been a rewarding process, curating and collaborating with Edward Enninful, British Vogue’s editor-in-chief, to take the year’s most-read fashion issue and steer its focus to the values, causes and people making impact in the world today.

“Through this lens I hope you’ll feel the strength of the collective in the diverse selection of women chosen for the cover as well as the team of support I called upon within the issue to help bring this to light. I hope readers feel as inspired as I do, by the forces for change they’ll find within these pages.” – PA

The September issue of British Vogue is available on Friday, August 2nd