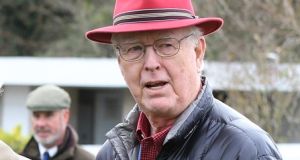 John Corcoran, who has died aged 89, was an outstandingly successful businessman in two distinct and very different areas of enterprise, property investment and bookmaking.

Starting in his native Enniscorthy, when the early death of his father, Pat, in 1959 obliged him to take the reins of the family business, P Corcoran, Bookmakers, he went on to be one of the founders of Paddy Power.

He also started investing in property and sowed the seeds of Green Property, one of Ireland’s largest real estate business.

Paddy Power was a response to the arrival of the large British bookmaking chains in Ireland in 1980s. One of the other founders, Stewart Kenny, recalls Corcoran came up with a plan to counter them. At the time, Kenny, with his firm Kenny O’Reilly, David Power of an old Waterford firm, Richard Power and Co, and Corcoran between them had about 40 betting shops around Ireland. Corcoran proposed merging their interests and taking on the invaders.

In 2003, the firm became one of the first to launch an online casino, and, in 2011, the first online bookmakers anywhere to launch an app for punters. This followed a pattern for PP as an innovative company usually ahead of the curve in its industry. In 1989, it commenced the first of several very successful advertising campaigns with deliberately cheeky storylines, in that case running a book on whether the pope would join Glasgow Rangers FC!

Even its name and green colour scheme for its shops was another clever stunt, emphasising the company’s “Irishness” as a selling point at a time when, with Riverdance and U2, Irish culture was going global.

Kenny believes that the secret of Corcoran’s success lay in building up trust between individuals. “He started young; at the greyhound track in Enniscorthy, it was all about a handshake . . . he was a very warm, generous-spirited man. Once you were his friend, he was always at your back.”

Green Property (GPC) also prospered. It was responsible for, among many other major projects, the Blanchardstown and Northside Shopping Centres in Dublin and some of the major office developments in the capital.

The company and Corcoran featured in the Mahon tribunal. Corcoran told the tribunal that in the late 1980s and also in the 1990s, GPC had made donations of tens of thousands of pounds to the late Liam Lawlor, a Fianna Fáil councillor and later TD, “linked to his role as an ‘adviser’ on property matters”. This included to facilitate the obtaining of planning permissions and certain tax structures.

Corcoran was quite frank about Lawlor’s modus operandi: “all he wanted was to get as much money as he could, anyway he could,” and that “he wanted a few bob before producing invoices which [when produced] contained few details”.

Pat Quinn, SC, for the tribunal, told Mr Justice Mahon that “according to figures supplied by the company [GPC] to the tribunal, the company paid Mr Lawlor an estimated £60,000 between 1985 and 1991”. This was at a time in Dublin when such a sum would have sufficed to buy a substantial residence.

Corcoran “took the long view; he would shrug his shoulders and say that sometimes you have good days, and other times bad days,” according to Kenny. Despite his considerable wealth Corcoran had little time for ostentatious spending of money: “He was happiest back in the early days [OF PP] over the shop in the first headquarters in [the Dublin suburb of] Crumlin.”

In what spare time he had, Corcoran, very much a countryman, loved hunting, fishing, bee-keeping, and kept horses in training with Jim Bolger, who described him this month in an interview with the Racing Post as “an ideal owner from a business point of view; he was a great winner, and he loved winning, but I’ve never met anyone who could take losing like he could”.

John Corcoran was one of eight children of Pat Corcoran, an All-Ireland Senior Hurling Club Championship medal winner with the Castlebridge club in Co Wexford in 1910, and Margaret, nee Boggan, and was educated at St Joseph’s Cistercian College, Roscrea. He is survived by his partner of 15 years, June Judd, his former wife Ann (nee Murphy) and their four children, Jane, Paddy, Andrew and Roseanne, and by his siblings Tony, Brendan, Tim and Joan. He was predeceased by his brother Michael, and by his sisters, Anne and Margaret.