Karl Shiels obituary: A streak of lightning through the world of Irish drama 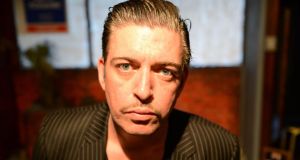 Before he became an actor and theatre director, Karl Shiels, who has died aged 47 of a chronic illness which had seen him visit hospital several times in the last year, was an electrician, having qualified with his father’s, Harry’s, firm of electrical contractors in Dublin.

From today’s perspective, it seems an appropriate choice of first profession for one who became, in his second career, a streak of lightning through the world of Irish drama, both on stage and on screen.

With David Pearse and Shashi Rami, he founded the theatre company Semper Fi in 1999, and in 2010, with the writer Paul Walker and Andrew Comyn, he set up Theatre Upstairs, firstly in the Plough pub opposite the Abbey Theatre, and then above Lanigan’s Bar around the corner on Eden Quay, an enterprise which continued for nearly ten years at that venue before being forced to shut for financial reasons earlier this year.

At the two venues, Shiels acted as a mentor to both actors and new playwrights, producing over 90 new plays over nine years, a phenomenal rate of innovative original work. Earlier he had made a notable mark early in his career aged just 28 when he was awarded the Evening Herald Award for Best Actor at the Dublin Theatre Festival for his portrayal of Price in Trevor Griffiths’ Comedians, directed by Jimmy Fay for the Bickerstaffe company.

With Semper Fi, he directed Paul Walker’s ground-breaking – for its day – Ladies and Gents, based on an idea of Shiels’s himself, a play literally set, and performed, in a public toilet in Dublin for the Dublin Theatre Festival Fringe in 2002. The following year it toured to the Fringe at the Edinburgh Festival, where it won a Fringe First award.

Shiels and Walker had another hit with the latter’s Adrenalin at the Dublin Fringe again in 2005. Performed in a warehouse off Dublin’s quays, the production involved collecting the audience members in buses on Eden Quay, and ferrying them, windows blacked out so they couldn’t see where they were going, to the improvised venue, where they were assailed by a gangster-themed show which included real (albeit blanks) gunfire, and at which Shiels and his team had installed temporary toilets and provided all the special lighting required. The show holds the record for the highest audience numbers of any production at the Dublin DTF Fringe.

Walker told The Irish Times this week that Shiels was very much the driving force behind these dramatic coups de theatre. “When Karl asked you to become involved, you just knew you couldn’t say ‘no’. You knew instantly it was going to happen . . . he really shook things up in every genre of Irish theatre. He was the only guy doing this at the time. You could just walk in off the street with a script, and if he saw potential there, he’d go with it.”

Walker recalled that Ladies and Gents happened after Shiels had walked up to him in a pub one day, never having met him before, and, having asked him if he was a writer and that being confirmed, asked him there and then to write a play for him. His energy was infectious and nothing seemed to daunt him, Walker remembering that Theatre Upstairs opened in a snow blizzard in January, 2010, after he (Walker) had held Shiels by his legs as the director leaned out of a first-floor window to hang a banner, declaring their location to the passing world.

In other stage work, Shiels was nominated for an Irish Times Theatre Award for Best Supporting Actor in 2009 for his role in Death of Harry Leon, and for a Best Actor Award in The Irish Times Awards in 2011 for his portrayal of Quinn in Enda Walsh’s Penelope, which won a Fringe First Award at Edinburgh in 2010, and then toured to acclaim by critics in New York. He received a Best Actor nomination for this also from The Stage newspaper in London .

On screen, Shiels starred in 45 films and TV series, most notably roles in Peaky Blinders, The Tudors, The Clinic, Capital Letters ( for which he received a Best Actor nomination in the Irish Theatre and Film Awards (the IFTAS), Veronica Guerin and most famously, as Arkan the Villain in Batman Begins, directed by Christopher Nolan for Warner Brothers.

He will forever be linked, in the minds of Irish audiences, for his role as ne’r-do-well chancer trader Robbie Quinn in RTE’s Fair City, on an episode of which he had been working at the time of his death. Among the many well-known screen directors with whom he worked were Graham Jones, Graham Linehan, Stephen Bradley, Otto Balthurst, Lenny Abrahamson, Joel Schumacher and Jim Fitzgerald.

Karl Shiels was a native of Chapelizod in Dublin, and attended O’Connell’s CBS on the city’s northside before joining his father’s firm. He later trained for two years at the Gaiety School of Acting in the early 1990s. His mother, Ann (nee O’Brien) died when he was still in his twenties, an event which had a profound effect on him, as he was especially close to her.

He is survived by his partner Laura Honan who works at the Abbey Theatre, his former wife Dearbhla Regan and their twin daughters, Saoirse and Isebel, by his father Harry and his step mother Irene, his brother Jason and his sisters Lisa and Lianne, and his half-brother, Justin.

At the time of his death, Shiels was also directing Bullfight on Third Avenue, currently running at Bewley’s Cafe Theatre in Dublin.

Life is busy. This can be difficult for a new vegetarian such as me
5

‘Sadly my marraige ended, but it was the kick I needed to start my own journey’
10